On Sunday, September 8, the unveiling of a new sculpture at the Bródno Sculpture Park - the work entitled “Anioł Stróż [Guardian Angel]" by Roman Stańczak - took place.

Anioł Stróż is guarding the ‘gates’ of Raj [The Garden of Eden] at Bródnowski Park – the garden planted by Paweł Althamer and his friends in 2009.

Before that, Stańczak mainly dealt with modification of everyday objects: old wall units and bookstands, kettles, worn tights, mourning sashes, bedside tables or chairs. The artist subjected them to some peculiar, even violent actions, aimed at ‘distorting’ the object – turning it inside-out or ‘stripping the skin off it’. His art is pervaded by a spiritual, almost religious element, absent from the works of critical artists of his generation.

In 1996, Stańczak disappears from the field of art. He does not participate in any exhibitions or reveal his new works to the public; he also loosens his ties with artistic circles. He develops a project, which is invisible to the public, entitled “the life and works of Roman Stańczak”. A chance meeting with Paweł Althamer, a former fellow student at the Warsaw Academy of Fine Arts, was the beginning of a new chapter in the life of the artist, and perhaps, also the dawning of his return to the creation of material arts.

Born in 1969 in Szczecin. He is a sculptor, living and creating his works in Wesoła, near Warsaw. In the early 90s, he combined the so-called ‘critical art’ (associated primarily with professor Grzegorz Kowalski’s art workshop at the Warsaw Academy of Fine Arts Sculpture Department, where he studied) with a spiritual quest. Ever since the end of 1996, he has been dealing with ... life. 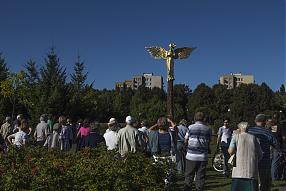 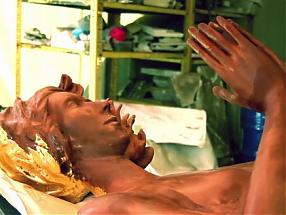