The conversation belongs to the series of events accompanying the “Lest The Two Seas Meet” exhibition. Nataliya Gumenyuk and Michał Sutowski will discuss the conflicts both in the Arabic world and in Ukraine.

Immanuel Kant wrote on the French Revolution that it wasn’t the participants’ work, but the enthusiastic identification of the passive onlookers with the revolutionary cause that constituted its historical significance. Two hundred years later, again, people from the outside – the West – are the ones to decide on the meaning of the revolution that takes place in Central Europe. As Jürgen Habermas briefly summed up: the aim of the societies where the authoritarian socialism have been overthrown was to “catch up”, joining the Western “normality” and modernity (democracy, free market, etc.)

If we observe the revolutions in Ukraine and in the Arabic countries, it becomes more and more difficult not to experience the impression of the history repeating itself. The EU citizens elaborate their own meanings, placing the events - in a paternalistic or sometimes slightly fearful gesture – in the schemes they know very well. A culmination of the history of democracy, a civic awakening, a desire to join Europe or a nationalist explosion and a dangerous “thaw” of the current state of being are the most common interpretations of the recent events.

Does the Ukrainian Maidan revolution have something in common with the Arabic countries after all? Is the Western Europe really their main point of reference and is the modern history of social emancipation a pattern to repeat? What is the message that the Tahrir Square revolutionaries and the Maidan Independence Squate fighters have to tell and are we ready to hear them out?

Nataliya Gumenyuk – is a Ukrainian journalist and commentator specializing in foreign affairs. She is a co-founder of Hromadske.TV and is Editor-In-Chief of Hromadske International. Since the start of the revolution and later conflict in Ukraine she is reporting from the field: Maidan, Crimea, Donbas. Previously, she served as Head of the Foreign News Desk INTER, one of the most influential TV channels in Ukraine. As an independent, international correspondent, she has reported on major political and social events from nearly 50 countries. During the last few years, she has focused on post-Arab Spring developments in the Arab world. Nataliya cooperates with a number of Ukrainian and international media 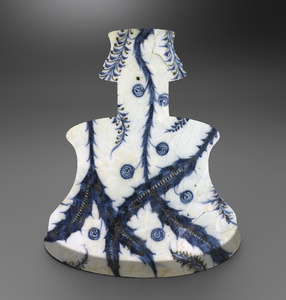 A lecture by Walid Raad 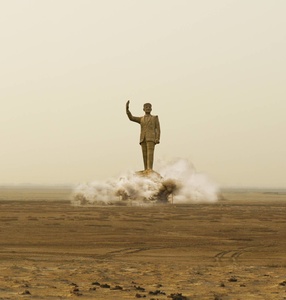 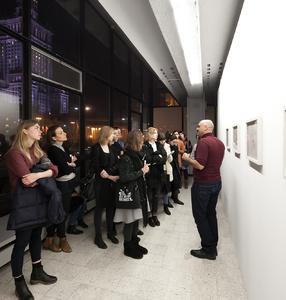