Selection of works by visual artists participating in the exhibition 'Video Killed the Radio Star', who generate new meanings by challenging the music video cliché. Music video as a film form with a soundtrack appears here not so much as an attempt at visualising music, but rather as a Trojan horse, with which the artists can smuggle their own values, references and personal poetics. Featured artists: Deimantas Narkevičius, Wilhelm Sasnal, Anna Molska, Anna Zaradny.


The teaser of the work of Anna Zaradny:

The descriptions of the works:


Mark Leckey ”Fiorucci Made it Hardcore”

Fiorucci Made Me Hardcore uses found and original footage of discos and raves across Britain during the 70s, 80s and 90s. Details of clothing, technology, music and other cultural references surface briefly like uncanny folklore as the film explores a culture of collective leisure and consumption.

Mark Leckey (1964) makes sound system installations and video works that reveal a fascination with such marginalized youth cultures as popular dance and football hooliganism and draw rich references from the history of art. He participated in shows such us ”Century City”(2001), Tate Modern and ”Crash!” (1999) and London’s ICA. He was awarded the prestigious Turner Prize in 2008.

In her spin of a music video cliché for the song ”Jesus Loves Me” by Cocorosie,Molska sings with the devotion of a pious child, but internalizing the good girl / bad girl polarity. Gradually her child's face distorts digitallyinto that of a creepily sinister alter ego.

”Ausgetraümt” has no direct English translation but means a state between dream and reality at the point of waking up.The very first creative attempts by any artist usually are very positive, unaffected by criticism, even naive activities. Narkevicius understands ”naiveté” as an initial state to be creative for any beginner in any field of arts and is re-approaching the state of mind of “naiveté” as a phenomena that is already lost. He has offered to a teenage indie band from Lithuania,to produce a music video of they first single. In this video we witness a bunch of idealists against the backdrop of a bleak Lithuanian landscape making an attempt to achieve the artistic merit and escape the post-Communist reality.

Deimantas Narkevicius (1964) and lives and works in Vilnius. He works in film and video taking a subjective and contemporary view of history. He has gained recognition at the highest level within the international art scene and represented his country at the 49th Venice Biennale in 2001. He has a solid record of exhibitions world-wide and held solo exhibitions in France, Belgium, Lithuania and at the Munchner Kunsverein.

”Love Songs” – three films in one – depicts what is characteristic to many Sasnal’s artistic endeavours: a symbiosis between music, cinematography and painting. The work includes Sasnal’s three private music videos shot on 16 mm camera to popular love songs: Superstar (Sonic Youth’s cover of The Carpenters), Blue Moon by Elvis Presley and My Little Underground by Jesus and Mary Chain. These ambigous film forms often touch on absurdity and stray away from offering an unequivocal visual interpretation of the lyrics.

Wilhelm Sasnal (1972) is a Polish painter and filmmaker. He often emphasises the influence of music (garage rock in particular) on his art. His paintings are held in the most important collections and institutions, such as Centre Pompidou, Tate Modern and the Museum of Modern Art in New York. Recently his films were presented at Anthology Film Archives in New York (2010), IFF Rotterdam (2012), 20. Bath Film Festival 2010, Cinema Riffraff in Zurich (2009), Glasgow Film Festival 2008, Glasgow International Festival of Contemporary Visual Art 2008.

The video ”Octopus” is a short film form created for a music piece, and at the same time the only work at the exhibition to engage in a dialogue with experimental music. While subverting the popular music context and appropriating the music video format, Zaradny frames here the common ground for moving image and sound. Octopus is set in a variety of contexts - from the informal relation maintained with the traditional "music video clip", to the presence of the artist in her own work, to the level of organisation of the visual structure resulting from the abstract musical composition.

Anna Zaradny- lives and works in Warsaw as a sound and visual artist, composer, instrumentalist and curator. As a composer and instrumentalist Anna Zaradny works in a wide spectrum of genres: from contemporary minimalist improvised acoustic music to the complex structures of experimental electronic music compositions. As a visual artist, she creates installations, objects, photography and video, using abstraction, micro sound and architectonic elements, lights and space. Her pieces are marked by ambiguity and her fascination for light and its relationship with the structure of sound.Zaradny’s works have been presented in festivals and exhibitions worldwide. She is also co-founder and curator of the Musica Genera Festival and label. 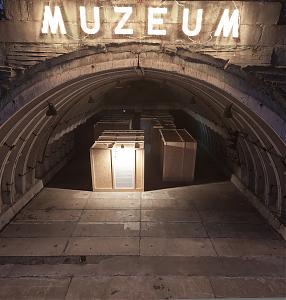 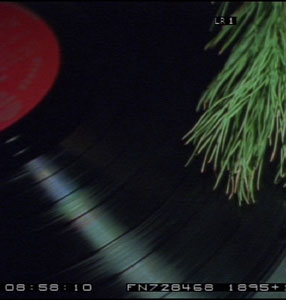