By placing emerging artists in their political and social contexts, this book attempts to confront the activist scene that has arisen in the Russian art world during the past years.

The recent explosion of protests in Russia is a symptom of a fundamental change in culture heralded by Vladimir Putin’s second election (2007). This shift was precipitated by the change to a highly commercial, isolated world, financed and informed by oligarchs. In response, the Russian contemporary art scene has faced shrinking freedom yet an even more urgent need for expression. While much of what is emerging is too new to be completely understood, this volume seeks to bring to light the important work of Russian artists today and to explicate the political environment that has given rise to such work. Post-Post-Soviet? features both criticism by writers and scholars, as well as dialogues with artists which are preceded with an extensive timeline of artistic and sociopolitical context. 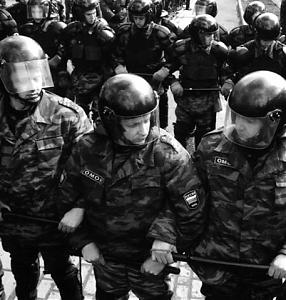