This catalog accompanies the first retrospective exhibition devoted to the Albanian painter, Edi Hila, one of the last neglected masters from Eastern Europe.

Hila was born in Shkodra in 1944, and lives and works in Tirana. During his studies in the 1960s he experimented timidly with deformation. In 1972 he painted "Planting of Trees", a pleasant picture rendered slightly unreal through the use of color, which because of its departure from the approved socialist realist doctrine, soon became a pretext for ordering him to work in a poultry processing plant, where his main task was hauling sacks. In the evenings he secretly created a series of drawings documenting the life of the workers (the “Poultry” series, 1975–76), harrowing in their raw realism.

In the 1990s, seeking a path back to painting, Hila carefully observed life evolving after the fall of Enver Hoxha’s regime and tried to depict the realities of the Albanian transformation. In Hila’s view the Eastern European experience is stripped of accident or adventure typical of many presentations of this time, giving it instead the weight of distilled general truths, as if he were its final chronicler. An influential teacher, Edi Hila was formerly professor at the Tirana Academy of Fine Arts where he taught the well-regarded contemporary artists Anri Sala and Adrian Paci, as well the artist, writer, politician, and current Prime Minister of Albania, Edi Rama.

PUBLICATION CONNECTED WITH THE EXHIBITION 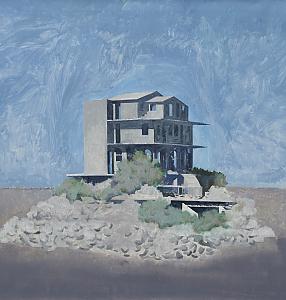 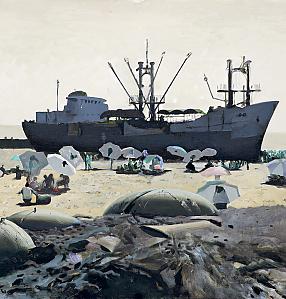