Quartet for Two Performers and Video Equipment marks the entrance into the structure of the medium from the seemingly least adequate video genre, i.e. documentary footage. As it is usually the case in Zgraja’s works, the viewer has to perform a certain participatory gesture in the process of reception, in order to discern the artist’s strategy.

Initially, we see the beginning of a concert of two musicians, and only in the course of time do we realise that the bottom right corner hides the “video equipment”, which screens the concert registered real-time.

Therefore, it can be concluded that the work provides a two-fold footage of the concert. We, who observe it already from the meta-level, can concentrate both on the existing reality – ordinary live concert record – as well as, from time to time, participate in the multiplied vision: vision that is mediated.

That the spectacle is doubled is supposed to raise awareness of the role of the medium of video. Watching video documentations, we often forget that what we are watching is a recording process carried out beforehand. The small TV set, which accompanies the musicians and screens their image, is somewhat of a signal of mediation.

Furthermore, the artists on the screen double the range of sensations. As a result, instead of two musicians, there are at least three of them on stage. Playing on the visual, constructing the awareness of the recipient and activating the viewer – these are the classic themes of Zgraja’s artistic practice. 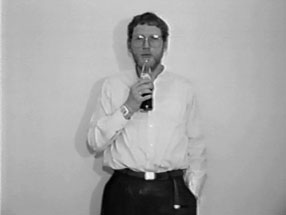 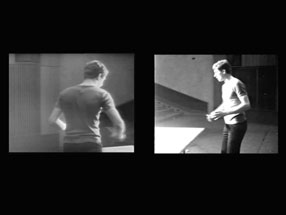 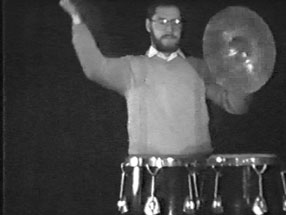 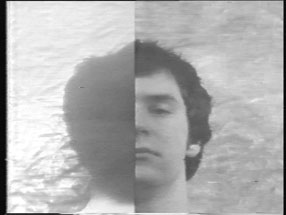 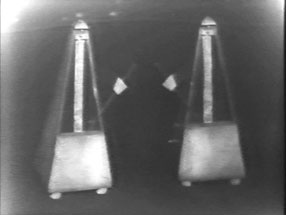 The Audiovisual Experiment I, 1977 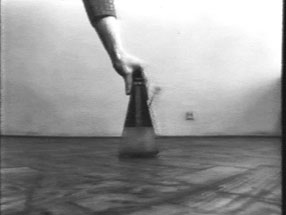 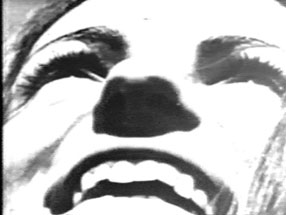