The performance is one of Wyrzykowski's actions under the common title 44, which the artist carried out since 1994. The title refers to The Gallery of Polish Kings and Princes – a cycle of forty four portraits of Polish rulers by Jan Matejko.

One after another, Wyrzykowski puts on forty four t-shirts with the portraits of kings and princes from Matejko's cycle, after which the artist cuts out the images from the t-shirts and takes them in his mouth. Finally, he puts on the last t-shirt with an inscription that reads “THE SPACE OF ART IS MY BODY.”

The audience witnesses a gradual deformation of the performer's body – the subsequent layers of t-shirts lend it a grotesque shape. Yet, the change of the body has above all a metaphorical meaning – the body becomes the “historical body,” built by the t-shirts, which are objects that often serve to manifest one's views or affiliation with a specific group. Wyrzykowski enacts a symbolic manifestation of his affiliation with the Polish tradition only to throw it into question in the further part of his performance, in which he cuts out the portraits. The work derives its origins from a historical variability which the artist experienced during the period of Polish democratic transition at the turn of the 1990s. The political transformation also entailed a transformation of history. Events that had previously seemed impossible to redefine were written anew.

The sentence “The space of art is my body” originates from Wyrzykowski's text The Developed Body of Technical Culture, which has a seminal importance for the artist's entire practice. 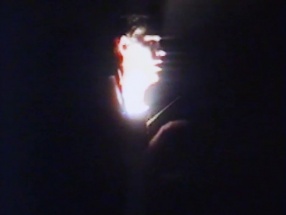 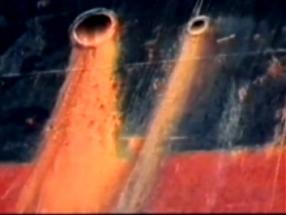 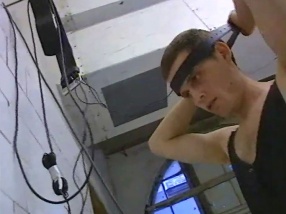 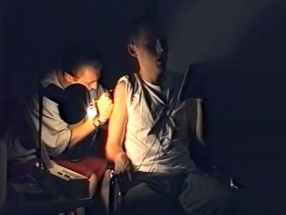 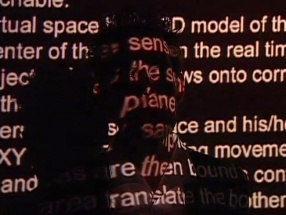 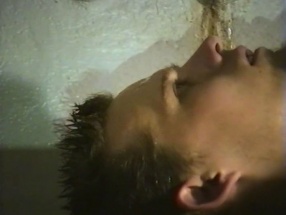 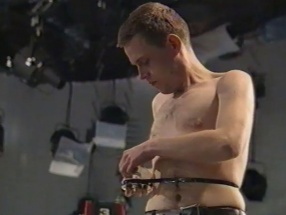 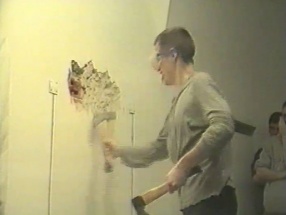 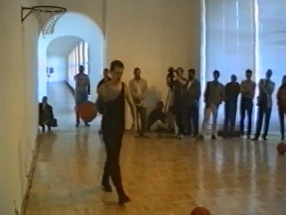 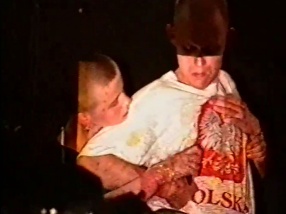 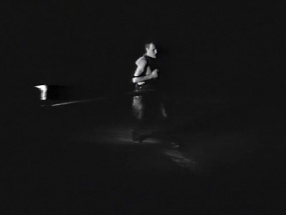 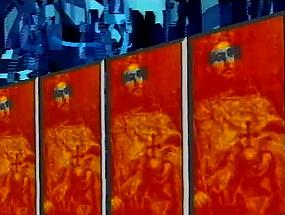 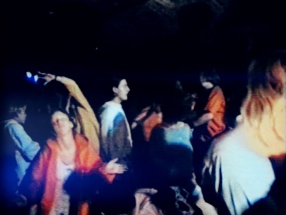 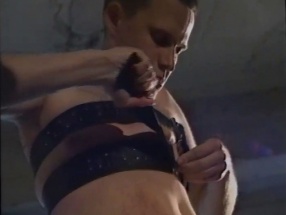 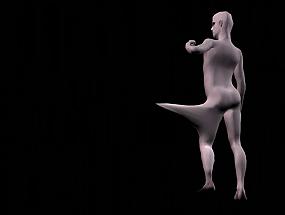 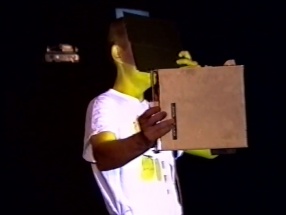 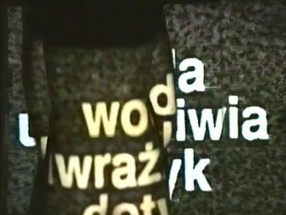