Performance footage. The artist employs a wide array of means of movement-related and visual expression to address the themes of birth, body and sexuality, both in the layer of meaning and iconicity. She also refers to the “shocking” language of performance art, based on nudity, violence or, like here, the use of animal corpse. Despite the bodily and sexual flavour to the action, the artist remains dressed for the entire time. She changes her clothes towards the end, but remains concealed against the eye of the audience inside a cocoon.

The development of the symbolic meaning of the situation is accompanied by a heavy focus on the visual dimension of the action. Refined significative and formal structures, which the artist builds in her movies, are re-enacted here in the material world and translated into the language of performance. 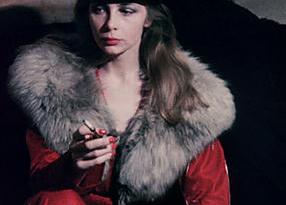 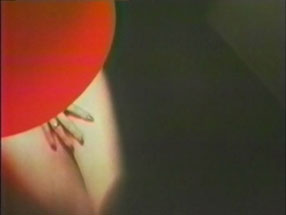 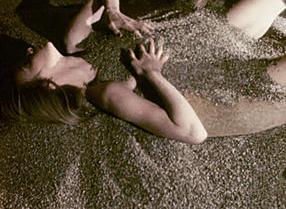 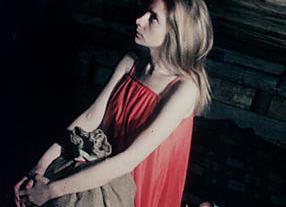 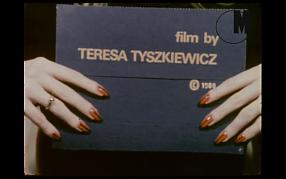