Performance created at Galeria Kont in Lublin in 1990 is formed of two parts that comprise a sequence beginning with a meal, after which the artist drinks wine and finally lets his own blood into a glass, which he smashes on the floor.

Evoking Christian symbols, the action has its own specific context: the revolt in Romania in 1989. The artist was greatly impressed by that event, which he saw reported on Polish television. In Romania, television was broadcasting the protest virtually in real time, airing the images of fights on the streets of Bucharest or the speech of revolutionaries announcing their victory after seizing the state television headquarters.

The revolution entailed fatalities and bloody struggles left many people wounded. Provision of medical help was hampered by the attack of security forces on the Institute of Hematology in Bucharest, where blood reserves and equipment were destroyed. Right before Christmas, Polish television aired an appeal to donate blood for the needs of the victims of the Romanian revolt. The action organised on Christmas Eve and Christmas Day attracted crowds of people. The artist also wanted to take part, but was discouraged by endless queues to the blood donation centres. Although some blood donated in Poland was indeed sent to Romania, much more was collected during the action, yet – due to limited capacity for proper storage – the remaining blood was wasted, as the artist found out from TV after a few days.

Tatarczuk’s performance combines references to events of those days in Poland: Christmas dinners in the shadow of news of Romanian evolution and wasted blood that could not be delivered to the victims.

text on the basis of an interview with Waldemar Tatarczuk, February 2018 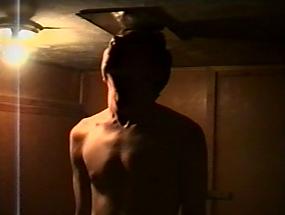 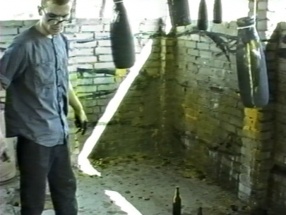