Janusz Szczerek treated his film and video works as tests, elements of experiments (situated, according to the artist at the crossroads of art and science), in the frame of which he consciously shifted focus to the processes of perceptual solving of problems that the viewers faced in the course of the reception of the film. The belief that visual perception is underpinned by guidelines to solving problems transformed nearly all Szczerek’s film from the period into guessing games.

They challenge the viewer to identify (usually a “found”) film or photographic image, whose perception is hampered (through various disturbances to its structure) and comes to an end only when all perceptual riddles have been solved.

Analysis from 1979 is exemplary of this avenue of the artist’s practice. Szczerek led the camera around a photograph, manifesting its details in zoom. The audience who observed the effects of Szczerek’s action on the monitor were to make guesses about what the photograph presented. Their suggestions were recorded by the artist to eventually provide the soundtrack to the film Analysis.

Szczerek’s activity (and the film) comes to an end when the audience has guessed correctly what the photograph featured. Quoted from: Ł. Ronduda, Strategie subwersywne w sztukach medialnych, Cracow 2006. 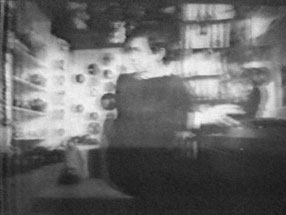 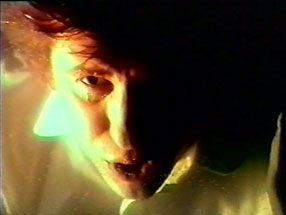