Documentation of Marek Rogulski's performance Love Genius from 1993 in the building of the former Municipal Bathhouse in Gdańsk, which functioned as the seat of the Open Atelier Foundation and the Auto da fe Vibration Gallery, run by the artist as part of the Foundation's activities.

Love Genius is a monumental sculpture of metal and neon signs, whose form and used materials bear reference to both archaic art and to the legacy of Pop Art. Rogulski's work addresses the philosophical reflection of Jacques Derrida, which the artist often evokes in his texts on Postmodernism.

The philosopher highlighted the fact that given the current degree of understanding the complexity of cultural processes, it is essentially impossible to create something fundamentally new, and the activity of artists merely consists in a re-reading of texts that permeate the world of human cultures. Rogulski proposes an emancipation of that self-knowledge, which is developed and enriched with the experiences of self-awareness, as well as a reduction of those experiences, which opens up an external perspective, thus going beyond the process of constituting oneself through culture.

Concert of Acoustically Allied Forces within the Exhibition Fantom Hermeticum, 1995

Hyperbole. Square, Circle, Triangle Raised to the Power of N, 2015 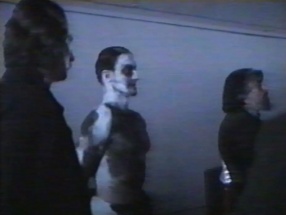 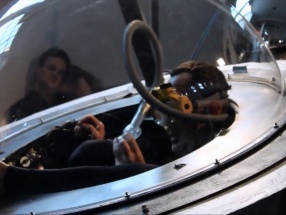 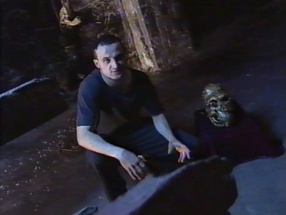 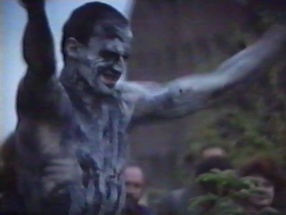