Unfinished Film belongs to the phase of Anna Płotnicka’s work during which the artist explored the crossroads of human sensuality and the phenomena of the physical world. The use of the performance-for-camera format, in which the camera lens focuses on the artist’s face, allowed Płotnicka to generate the atmosphere of intimate communion with a selected object.

The frame is completely filled with a gradually thawing ice surface, behind which the artist’s blurred face looms. Płotnicka is engrossed in the activity of making openings in the ice cover with her own breath. With a curiosity that brings to mind children’s games, she reveals the subsequent parts of the frozen image. The work forms part of Płotnicka’s project that confronts the problematic of the human perception of air. Unfinished Film highlights its direct and “visible” agency with regard to other types of matter.

The recording was later used in another project by Anna Płotnicka – Unfinished Performance (1997). 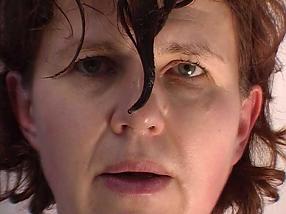 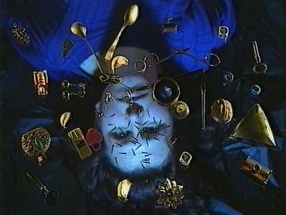 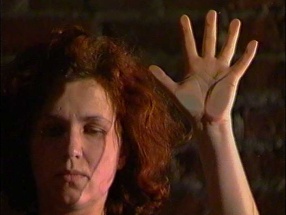