Horizon Line is a three minute long record of an anonymous mass of people ebbing and flowing in an insignificant transit space. It is yet another iteration of voyeurism present in Olkiewicz’s works, which is used an artistic strategy that manifests curiosity about the surrounding world. Yet, in this case voyeurism acquires a different dimension – it can be understood as an apotheosis of the everyday. The static documentation of the anonymous crowd marks an attempt to capture the observed situation whose ephemeral character seems intensified by the number of people who unconsciously take part in it. 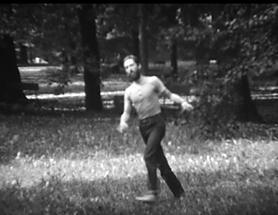 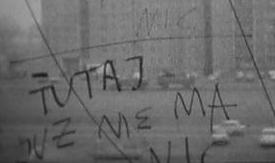 Migration - There Is Nothing Here Anymore, 1982