Anna Niesterowicz and Łukasz Gutt belong to the youngest generation of artists originating from the “Open Form” tradition. Niesterowicz graduated from the Academy of Fine Arts in Warsaw, the studio of Grzegorz Kowalski (subsequently termed 'Kowalnia'), while Łukasz, son of Wiktor Gutt, a student of Jerzy Jarnuszkiewicz and Oskar Hansen, from an early age went through a private course in visual games, cooperation and artistic conversations, which his father has developed from the early 1970s, significantly modifying the ideas of the creator of the Open Form theory.

The latest project by Anna Niesterowicz and Łukasz Gutt continues the visual game, the “grand conversation” with the previous generations of students of the Open Form, taking up similar problems of racism and methodologies of face painting, dialogue, community building etc. However, they heavily redefine these problems in their own way.

The structure of the Minstrel Show project is highly dialogic, created as a result of interaction, “conversation” between Gutt and Niesterowicz, who for years have been a couple in their private lives. The artists invited Daniel Gutt (Łukasz's brother and Wiktor’s son), a musician of the Academy of Music in Łódź, who together with the couple started to form a music band specifically for the needs of their project. The artists deliberately gave up the idea of inviting an existing music band. It was important for them to initiate from scratch the process of creating a new community, based on the dialogue between representatives of different disciplines and specialisations.

As a result of many months of rehearsals, taking place mainly in the building of the Foksal Gallery Foundation, a 17-person music band was formed. We see the band in the film, in the modernist concert studio of the Polish Radio (Witold Lutosławski Studio S1) during the performance of Frank Sinatra’s perennial favourite “Fly Me to the Moon”.

In this film, the artists continue to pursue their earlier interest in the structure of a persuasive message. In particular Niesterowicz has been fascinated for years by the permanence and persistent recurrence of xenophobic clichés residing in the language and representations produced by the media. As part of the perverse Niesterowicz and Gutt’s revitalisation of the phenomenon of minstrel show, Blackface, stemming from Wiktor Gutt’s works, is associated with the well-known racist sign of stigmatising another race (white musicians' faces painted black).

This clash, the mutual overcoming of these two "primitive" languages originating from different approaches (understanding and stigmatisation) is intentionally ambivalent and seems to be a useful tool in an attempt to describe contemporary Polish society, seemingly rational, modern, but still defining itself in the archaic categories of "blood ties" and religious community. In their latest project Niesterowicz and Gutt identify themselves with an infinite procession of worn out racist ideas and clichés appearing in the void caused by a lack of new modernising ideas and models of social and cultural function in Poland. They implement possible scenarios (e.g. a contemporary performance of the 19th century minstrel show). Young artists seem to confront the utopian language of the Open Form from the 1960s to 1970s, which is very important for them, with the destructive elements which it replaced and which saturate the world around them. 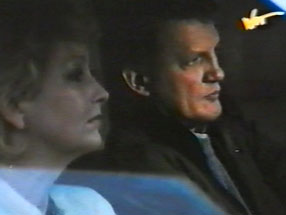 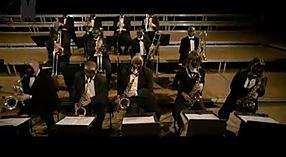