© Collection of the Museum of Modern Art in Warsaw

The Misunderstanding (1978) is a film by Piotr Majdrowicz, telling a story of a photographer who falls in love with a sportsman he photographs. Compulsory heterosexuality turned out to be an obstacle in achieving homosexual fulfillment and has as such become a hallmark of the repressive and alienating political regime of the People’s Republic of Poland.

Majdrowicz had a way of portraying the dilemmas, cravings and fantasies of young homosexual men in a poetic way. Through the eroticism of the images, his films successfully conveyed to the audience the trauma of rejection, inner conflict and his own frustration, which makes them original. Above all, however, he was able present alternative stories and images of masculinity and desire without the help of metaphors applied in painting and performance, because, using the protection of Amateur Film Clubs, he evaded censorship. No avant-garde artist of the 1970s offered similar imagery.

© Collection of the Museum of Modern Art in Warsaw 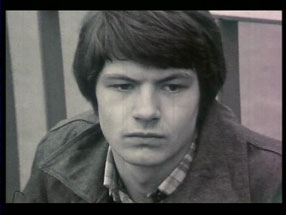