Romuald Kutera and Anna Kutera were active in the Wrocław art scene of the 1970s. Operating out of The Gallery of New Art, the pair significantly contributed to the development of contextual art in Poland during this period. Together with Jan Świdziński the artists posited an alternative way toward contextual art, the result of which was the famous exhibition, “Contextual Art”, held at the University of Lund, Sweden, in 1976. The manifesto that accompanied the exhibition outlined the key tenets of the new phenomena, namely, that contextual art would break with the domain of pure aesthetics and operate instead through the use of 'sign'.


The early work of Romuald Kutera can be considered in relation to the structural film movement. For example, in this film a mirror and a camera meet and engage in a dialogue. Traditionally perceived as two fundamental tools of “representing” reality, the artist uses the mirror and the camera to create a new language of communication. A series of flashing lights creates a new system of lingual signs mediated by the movement of the camera. Whilst watching the film, the spectator becomes engaged in the process of decoding the created meaning, an activity that remains not exactly clear. We, the audience, are confronted with semiotic instability, condemned to fail any attempt to decode the new language.

Based on: Jan Świdziński, Contextual Art I, artist’s website: http://swidzinski.art.pl/index.htm 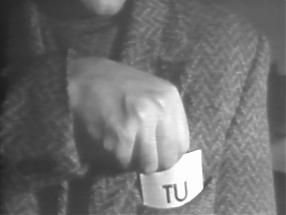