The Rite of Spring

The Rite of Spring is one of the artist's most famous and acclaimed works. The seven-channel video installation devoted to the theme of death as a source of new life is Kozyra's reinterpretation of Igor Stravinsky’s ballet under the same title, choreographed by a highly esteemed dancer, Vaslav Nijinsky.

The convulsive and stiff gestures, which in Stravinsky's ballet come as a result of masterly choreographic effort, are achieved in Kozyra's work by means of time-lapse animation. Hundreds of thousands of shots, structuring frame by frame the movement of the elderly naked bodies, produce the disturbing effect of dancing “to death”.

The cold whiteness of the background combined with the wrinkled bodies-objects, which form a clumsily moving machinery suspended in the void, introduce the ambience of awkwardness, fear and distance. The helpless, somewhat symbolic bodies of the elderly people involved in harsh physical effort reveal the essence of the proto-Slavonic rite, where destruction becomes necessary as an offering in the pursuit of a revival. 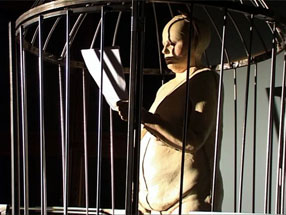 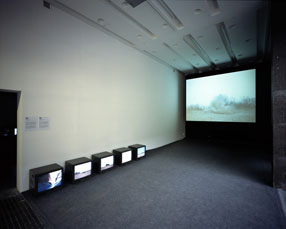