Grand Conversation, presented here in photographs, is a major result of Gutt and Raniszewski’s experiments with communication alternative to the instilled and socially sanctioned forms. The artist pursued it from 1972 until Raniszewski’s death in 2005. It consisted in a series of alternate activities, initially featuring painting-based interventions on the partner’s body. In the course of time, their dialogue developed, and welcomed such means of expression as e.g. spatial figures, at first complex and colourful, while later radically simplified to the form of cube. 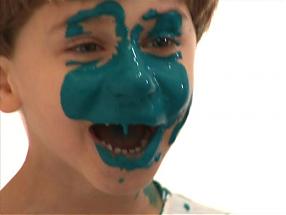 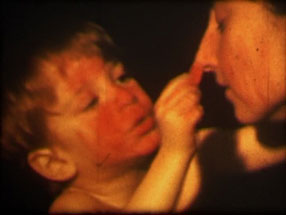 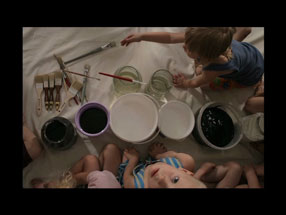 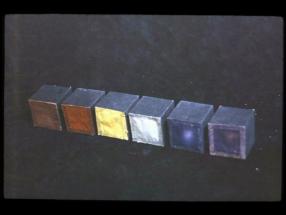