ReMASTERing is an installation created within the project Insect Home System [IHS], presented at the Art in General Gallery in New York in 2002. The device serves to transfer small living and sentient organisms to safer locations.

Aneta Szyłak describes the work: “For Art in General Golec and Czekalska created a prototype of Avatar III. A plastic glove with a spherically shaped paw which relies on distribution from numerous easily accessible feeders. It is a cheaper supermarket version of the previous Avatars I and II, designed for wealthier clients. Easily available, Avatar III will be a device that everyone can afford. The installation by Golec and Czekalska at the 4th Floor Gallery was designed in the form of a pure white cube. Attentive viewers were able to notice mysterious softly shaped apertures in the gallery walls beside the Avatar III cast. Cast in plaster and visible only from the outside, they were characterised by softness and shape akin to the human body or organic forms. Their shape merged seamlessly with the wall structure; the apertures were said to have an interior that could be used by animals and insects as shelter.” 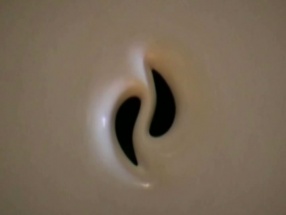 From Two Energies Strangely a Third, 1996 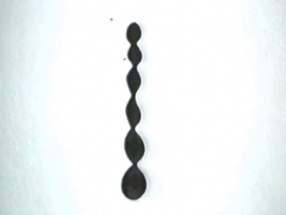