Home Rituals represents the artist’s individual mytology. A combination of the familiar and the exotic underpins an organic tale of identity, heavily embedded in matter. This identity is also expressed through a focus on a universalised exoticism that is impossible to determine; an exoticism that sends the viewer towards the territory of the uncanny – the things that should have remained concealed, but were actually said.

The atmosphere of the film is created by the pulsating rhythm and contrast of the sequences of images. Branas shares his inner landscape with the viewers, developing a specific kind of substantiality for his spiritual world. He builds a certain kind of dialectics of vitality and decay.

The video incorporates introspective shots of intimate spaces related to the artist’s contemporary environment and those that belong to his childhood. The featured objects and performative actions are characteristic of Branas’ heavily empirical practice, which is always underpinned by meditative long-term and humdrum elaboration of the details and performances based on magical practices and shamanistic rituals, including rites of passage.

In formal and aesthetic terms, the artist operates on a territory that stretches from the austerity of body art with its roots in Conceptualism, to its later queer versions, to matter painting, to online aesthetics. 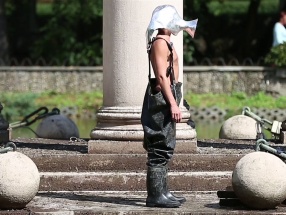 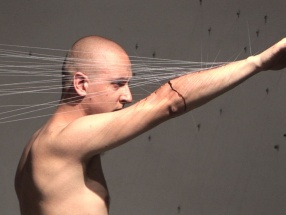