Home at Last: The Polish House During the Transition
8th edition of the Warsaw Under Construction festival

“We are home at last. Don’t stop, don’t wait. What can you do? Help!” Those words, proclaimed by famous actors and other participants of public life, could be heard from TV sets in the time of the Tadeusz Mazowiecki government. This phrase will serve as the motto for the 8th edition of the annual Warsaw Under Construction festival organized by the Museum of Modern Art in Warsaw and the Museum of Warsaw.

The main purpose of this year’s exhibition is to show how houses and the living environment changed in Poland during the country’s transition from a socialist state to a market economy, and to present the functioning of the new model with its connections to global neoliberalism. The exhibition poses questions about the style and environment of where Poles choose to live. It is on view at the former printing house at Nowogrodzka 84/86 in Warsaw between October 22 and November 20, 2016.

The economic changes of the 1990s brought about the quite literal realization of the festival’s motto: many Poles actually did get to have their own houses. After years of living in apartment blocks or identical “cube” houses, they got the chance to fulfil their dreams of individualized housing, usually in the suburbs. The process was made easier by new financial mechanisms, including newly introduced mortgage loans.

But can a mortgaged house really be called your own home? What are the consequences of processes that took place on a massive scale in Polish cities and villages: suburbanization, gentrification, the appearance of ubiquitous gated communities? Where and how do Poles live, and why did the government back out of its active role in such a socially significant field? 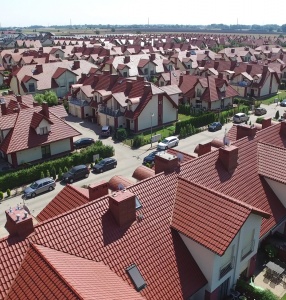 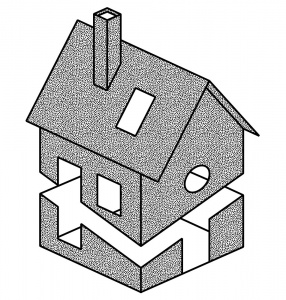