Once the work of art does not have to be identified with a particular medium, at its extremes the so-called “post-medium condition” coincides with two contradictory possibilities for art: either hyper-aestheticism, or the dissolution of art.

On the one hand, anything may become art; on the other, art dissolves into or reflects an already existing reality. Between these extremes, the possibility opens up for art in any medium to become at once the circumscription and interruption of a situation. This requires the creation of spaces - whether full or void - and declarative acts or performances, which may take place not only as performance, but also in and through texts or time-based media. Włodzimierz Borowski’s paintings, installations, objects and performances all seem to double their presence with a reflection on what it means to be an artist. Since the 18th century in Kant’s Critique of Judgment, the artist has been identified through the criterion of originality. Borowski’s work insists on the newness of art while putting into question the Romantic conception of the artist: originality comes to be associated not with self-generation, but with the way a situation is interrupted, parodied and displaced, involving an opening up of space to a nothingness or void. 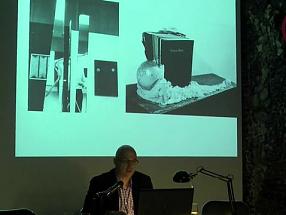