The Syncretic Demonstrations (1966-71), involving both performative and conceptual elements, are significant within Wlodzimierz Borowski’s extraordinary output.

Elements of these works resonate with or even preempt strategies seen in American and western European work: the use of mirrors to evoke a self-consciously fractured subjectivity suggests Dan Graham or Ian Burn; the miming of aggression toward the audience that is at the same time self-lacerating calls up Bruce Nauman, Chris Burden and Vito Acconci; the adoption of the role of master of ceremonies, or cultural functionary, is reminiscent of forms of institutional critique practiced by Yves Klein or Marcel Broodthaers. One could cite further connections. The work of the other artists mentioned is typically, perhaps generically, attached to the twinned critique of authorship and of the object status of the artworkcertainly at play in Borowski’s work, as welland it might also be seen in terms of experimentation with the possible transformations of the audience, that is, in terms of a range of engagements with and challenges to the public sphere of art. Borowski, however, worked in a relatively closed society, in which the “autonomy” of art was defined by censorship and self-censorship. When Borowski invented or invoked avant-garde strategieswhen he performed his work in such a way as to undermine his own status as author, or when he absented himself entirely from the work (going so far as to invent a fictional artist of fictional work)he did so in ways that occupied and exposed the relations between official tolerance and artistic expression bound by the terms of that tolerance. These are conditions that render null and void what is sometimes seen as a constitutive opposition between performative practices (as embodied) and conceptual practices (as ideational). It is one of the strengths of Borowski’s work to have articulated what might be seen as its specificity to its local public sphere, in formal terms that radically negated even avant-gardist categories. 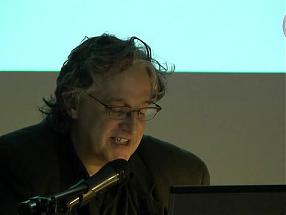