Carson Chang lecture "Space, not art, is the basic material of the curator", which took place during "Kuratorskie Wizyty Studyjne".

Carson Chan (1980) is the author of texts about architecture and a curator. He studied at Cornell and Harvard. He worked at Neue Notionalglaerie in Berlin. He is one of the cofounders of a non commercial architectural initiative program. He is the curator of over 30 exhibitions of modern art and architecture. He was published in magazines such as "Kaleidoscope" and "032c". He became the curator of the fourth Biennale in Marrakech in 2012. 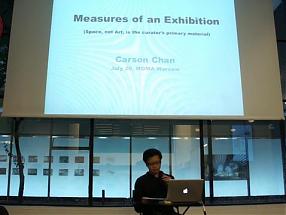 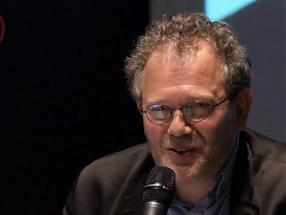 Place in-spite of itself