Magdalena Moskalewicz - Op and Kinetic Art in Poland circa 1965: An Exercise in Belonging
The Other Transatlantic. Theorizing Kinetic & Op Art in Central & Eastern Europe and Latin America

Lecture "Op and Kinetic Art in Poland circa 1965: An Exercise in Belonging" by Magdalena Moskalewicz.

is an art historian, curator and editor specializing in 20th and 21st century art from Central and Eastern Europe. Awarded a PhD in art history from Adam Mickiewicz University for her research into the Polish art of the 1960s, Moskalewicz has lectured and published internationally on abstract painting, assemblage, and conceptual art as well as more contemporary practices (most recently for "Central European Handbook of Political Concepts", Routledge, 2017). In 2015-2015, she was Andrew W. Mellon Postdoctoral Fellow at The Museum of Modern Art in New York, where she led a research group focusing on 20th-century experimental art from Central and Eastern Europe as a part of the Museum’s global initiative, C-MAP. She was also the founding co-editor of MoMA’s digital publication, "post: notes on modern and contemporary art around the globe". In her scholarly, editorial, and curatorial work, Moskalewicz critically investigates local art histories and representations of national identities in order to reshape and revise dominant historical narratives. To that end, she curated "Halka/Haiti 18°48’05″N 72°23’01″W" C.T. Jasper and Joanna Malinowska for the Polish Pavilion at the 56th Venice Biennale (2015) and edited a book under the same title. Her recent curatorial project "The Travellers: Voyage and Migration in New Art from Central and Eastern Europe" was presented at Zachęta National Gallery of Art in Warsaw in the summer 2016. Moskalewicz taught art history at Adam Mickiewicz Universty in Poznań, New York University, Carnegie Mellon University in Pittsburgh, and is currently based in Chicago, where she teaches at The School of The Art Institute. 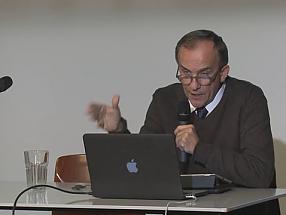 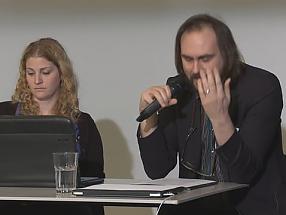