Jochen Becker was talking about the position of an artist in a recent struggle concerning the shape of Berlin’s urban policy.

An urban-cultural researcher, author and curator, Becker engages himself in and comments about the activities of numerous urban movements. He supports migrants’ rights and parliamentary interventions of tenants’ movements concentrated around the “Kotti&co.” initiative. Moreover, he is an active member of the informal collective “Haben und Brauchen” (to have and to need), which gathers artists and other culture producers from Berlin in the effort to retain common urban goods, particularly in the cultural sphere. Furthermore, he supports the initiative that led to a referendum, which in turn led to the rejection of the plans to develop an abandoned Tempelhof airport. The aim of the movement was to fight for the space to be devoted to grassroots activities of the residents.

In their manifests "Haben und Brauchen" indicates an ambiguous role of culture producers in the process of economic transformation that is taking place in Berlin right now. On the one hand, artists create the atmosphere of an informal European capital of culture, increasing its attractiveness and positively influencing the land value. On the other hand, they often become victims of these processes, being pushed out of ever more expensive districts. Despite their significant role in urban transformation processes, the needs of culture producers remain neglected by the urban policy.

Starting from such an involved position, Becker argues for the necessity to change Berlin’s urban policy. In his own words: “With the vote for leaving the Tempelhof airfield unbuilt, with the multiple refugee fights, with the parlamentary intervention of the mixed tenants initiative „Kotti & Co“ or the artists driven initiative „Haben und Brauchen“ countering the exploitation of urban cultural commons, there’s a deeply felt need to change politics in Berlin. No more master-planned city, but a need for bringing the diverse actions, needs and projects together, forming an urban commons. 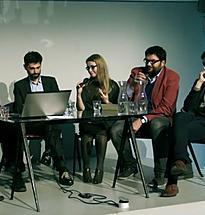 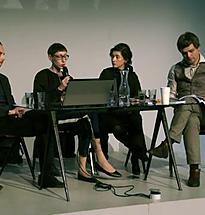 DO IT YOURSELF? WHAT DO ARTISTS NEED INSTITUTIONS FOR? 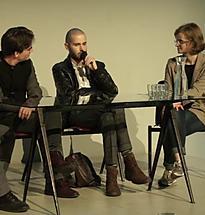