Eva Kmentova (1928 – 1980) and Alina Szapocznikow (1926 – 1973) – two women artists who met in Josef Wagner’s studio of sculpture at the Academy of Decorative Arts in Prague in the second half of the 1940s; two sculpturesses who were among the most interesting protagonists of the Central European New Figuration of the 1960s, and whose importance was ignored for many decades before they were rediscovered in the 1990s; and, last but not least, two women who had similar destiny – they died of aggressive illness in early age, letting art historians wonder in what direction their oeuvre would have developed if it was not prematurely terminated.

In my paper, I want to primarily focus on the work of Eva Kmentova who not only belonged to the first post-war generation of Czech women artists whose situation strongly differed from their pre-war predecessors, but who also, at least in the Czech context, opened a new path for women artists: a path where femininity was not an obstacle but the very core of their artistic imagination. This aspect of Kmentova’s work that was most strongly manifested in her sculptural imprints of various parts of her own body (torso, belly, fingers, hands, feet, lips…), paper and sculptural reliefs of “slits” (abstracted vaginal images), and strongly symbolic encounters and conflicts of female and male principles, brought about not only new aesthetics but also a new art historical paradigm – that of gender. And it is just this gender(ed) perspective I will use in my paper to analyze Kmentova’s work and to incorporate it in the tradition of feminist art of the 1960s and 70s. 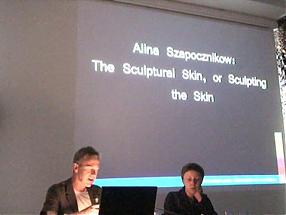 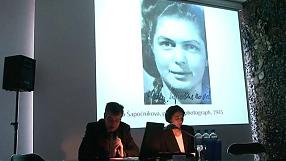 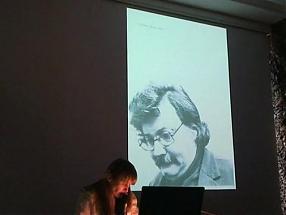