The Museum of Modern Art in Warsaw invites to the second edition of the film festival Kinomuzeum. Founded on the open and democratic participation of filmgoers (free entry), the festival marks an attempt to transcend the format of a single-themed and cinephile review, which imposes fashions and fuels the feature-length hegemony.

Kinomuzeum is above all a meeting place by the silver screen, where the most outstanding phenomena in film from various distribution circles are presented throughout the thirty festival days. The programme is packed with latest feature hits, among others, Harmony Korine's Spring Breakers, Cristian Mungiu's Beyond the Hills, Larry Clark's Marfa Girl, Przemysław Wojcieszek's Secret, Wu Tsang's Wildness. The festival presents unconventional cinema and film essays by visual artists organized in thematic categories. Here, the audience is in not only for Cannes or Rotterdam blockbusters, but also the most intriguing artists’ productions on display at the most significant art exhibition worldwide – Documenta in Kassel, and films most often encountered in the gallery space ‘black box’ format.

The festival inaugurates with the latest film by the defiant filmmaker and photographer Larry Clark – Marfa Girl, offering a unique occasion to watch the first film made after eight years by the enfant terrible of the American cinema, awarded main prize at the last Rome International Film Festival for the uncompromising portrait of youth living in the legendary town of Marfa in western Texas near the border with Mexico. Stepping out against censorship and monopolistic policy of distributors, the director made his film available via a website where viewers can see the film ‘live’. This social drama, which recounts the problems of youth in the world of sex and drugs, inaugurates the cycle ASTRAL AMERICA – a film journey through the strongholds of American independent culture, from Marfa – modernists' Atlantis – to Wildness, an intimate portrait of the legendary LGBT club Silver Plate in the suburbs of Los Angeles as shot by the artist Wu Tsang, awarded at the Whitney Biennial.

The cycle DYSTOPIA features Polish premieres of The Radiant by the British collective The Otolith Group. Within the category ANTIPSYCHIATRY, artists Luke Fowler, Dora Garcia and Anthony McCall question the fundamental premises and practices of Western psychiatry. Besides collateral curated cycles like CINEMA ARCHAEOLOGY, TV SERIES or IMAGE CHOREORAPHY, the Kinomuzeum audience will also have the opportunity to meet a photographers/filmmakers Richard Kern and Martynka Wawrzyniak, as well as guests to the publishing event PUBLISH AND BE DAMNED, who will talk about the history of typography in artists' films.

A special treat for all Twin Peaks freaks is the weekend marathon with the legendary TV series, accompanied by lectures and sacrosanct cherry pie with black coffee.

Apart from the Film Award and the online archive Filmoteka Muzeum, the festival Kinomuzeum is one of the initiatives of the Museum of Modern Art in the frame of its efforts towards the development and propagation of artists' moving image and experimental film. Coinciding with Kinomuzeum are the lectures and screenings organised by the team of Filmoteka Muzeum in the frame of the cycle Open Museum, devoted to the history of films by Polish artists and a meeting around the Film Award. 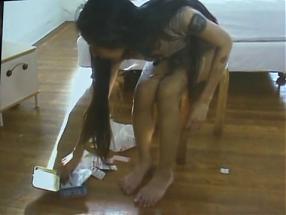 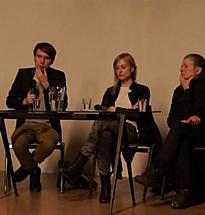