Bread and Roses. Artists and the Class Divide
Photo documentation

The exhibition "Bread and Roses. Artists and the Class Divide" formulates a question about the way artists define their status and position in the realm of an ever-widening economic gap: the possibility to reconcile dreams of social justice with the need of artistic freedom and autonomy.

At the same time, the show highlights the tension between an artists’ rather ambivalent affiliation with the intellectual or financial elite and their responsibility for the rest of the society. For artists occupy a paradoxical position among social classes. Quoting Pierre Bourdieu, they form “the dominated part of the dominant class”; they can “flirt” both with the dominant elite and with the emancipation-oriented groups who feel oppressed. 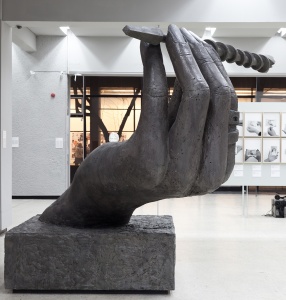