We can see artists as occasional fashion designers, club performance or concert organisers, or social jokers.

The photographs show not only the visual side of the parties - outfits, styles, make-ups - but also artistic transformations of artists' identities and their bodies. Their common theme are fancy dresses that can and should be visually appreciated when we watch their owners without club spleen, alcohol, and partying crowds.

Photos taken at balls or in clubs are an interesting - though unjustly ignored - part of the history of art, showing the diffusion of different artistic scenes, attitudes, and circles - e.g. the cooperation between visual artists, musicians and film-makers. Unfortunately, artists' private nightlife archives remain the deeply hidden, even shameful, part of their artistic output. Such photos remain at the bottoms of their drawers or in the most remote corners of their PC discs.

For artists, clubs are not fashion catwalks. They don't care how critically other partygoers look at their extravagances. Home-made outfits usually look as if their owners visited a theatrical dressing-room and took with them anything they could find there. Fancy dresses are completed hastily and can serve as an exceptional examples of fashion DIY. Fashion critics describe them as manifestations of trash, queer punk, or simply camp - the kingdom of stylisation and exaggeration. The party fancy dress-ups described by writers on camp have often critical undertones - they are created as a response to boredom with, and predictability or consumerism of the popular partying activities. They also have, as indicated by Przemysław Czapliński, an otherness aspect: "The camp aesthetics invites us to take part in a game where, in our presence, a puzzle of social identity of a man is staged, and then left unresolved." As a result of camp fancy dress-ups, "every social construct based on gender - the orders of power and production - become open for revision" 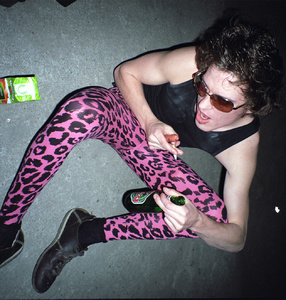 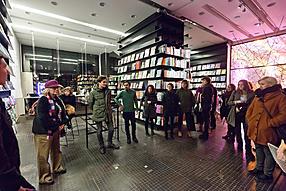