“Off-hinge / Off-center – alternative histories for 20th century performance” constitutes part three of the research programme carried out by the Museum of Modern Art in Warsaw devoted to performance arts, prepared in cooperation with André Lepecki - Performance Studies professor at the New York University (NYU) and Stockholm University of the Arts (Uniarts).

The ever increased importance of performance in contemporary artistic practices open up the following chrono-political question: what other histories of performance might be lurking under the accepted master-narratives that have centered performance’s origins in the US and Western Europe? In recent years, art historians and curators from across the globe have engaged in reassessing performance genealogies, looking at alternative, marginal, off-centered locations and unexpected lines of influences. The series of lectures Off-hinge / Off-center – alternative histories for 20th century performance invites five leading historians and curators – from Japan, Brazil, Slovenia, Russia, and Portugal -- to present their research and engage in the ongoing work of MoMA-W of re-writing art histories from alternative points of view.

(Note: first day is dedicated to a public lecture, and the second day for a closed seminar):

May 13/14 - Sasha Obukhova (art historian, curator, director of the Art Projects Foundation) - WE'RE SORRY TO INFORM THAT THE MEETING IS CANCELED DUE TO UNFORESEEN CIRCUMSTANCES. 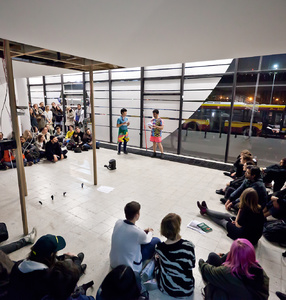 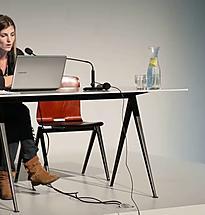 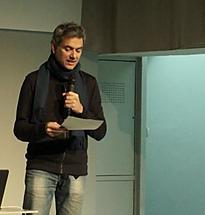