As part of the autumn edition of the Department of Presence, the Museum of Modern Art in Warsaw invites you to "The Parliament of Bodies" open session.

"The Parliament of Bodies" is a place of artistic and political activism, seeking out new forms of socialization, and building alliances across various forms of social struggle. The first manifestation of the parliament was held in Athens and Kassel during the public programme of documenta 14 (8 April – 17 September 2017). The Museum of Modern Art in Warsaw, in cooperation with the Spanish philosopher and transsexual activist Paul B. Preciado and art historian Viktor Neumann, plans to convene the Parliament of Bodies in the context of the current situation in Poland and in opposition to the ideological wars being waged here. In the first open session, scheduled for the night of 11–12 November 2018, we invite the public to attend a lecture by Paul B. Preciado, a discussion with invited guests, and a presentation of societies being formed in Warsaw.

Paul B. Preciado
holds a Masters in Philosophy and Gender Theory at the New School for Social Research in New York, where he studied under Agnes Heller and Jacques Derrida. He defended his Ph.D in philosophy and theory of architecture at Princeton University (2010). His first book, Contra-Sexual Manifesto (2000, English edition in 2017) was declared by critics as the "red book of queer theory" and became the key reference point for European queer and trans activism. In addition to the already mentioned Testo Junkie (2008, English edition 2013) he is the author of Pornotopia: Architecture and Sexuality in Playboy During the Cold War (2014) - a book for which he received the Prix Sade de l'essai. Preciado headed the research department and an independent studies program (PEI) at the Museum of Contemporary Art in Barcelona (MACBA). In 2017, as curator of the Documenta 14 public events, he organized and animated The Parliament of Bodies, inspired by experimental pedagogy, and feminist, anti-colonial and queer methodologies. The program involved artists, theoreticians and activists in a joint action, as the purpose of art is to do what the politics has abdicated: to connect people, negotiate senses and expressions, reveal problems and mobilize minds, bodies and emotions, thus beginning the new agency. In times of humanitarian crisis, the return of xenophobic nation states seeking to recreate a white-male supremacy and eradicate the democratic achievements of labor, anti-colonial or feminist movements, The Parliament of Bodies was a proposal to address the basics: language, body, and the increasingly threatened sense of community. 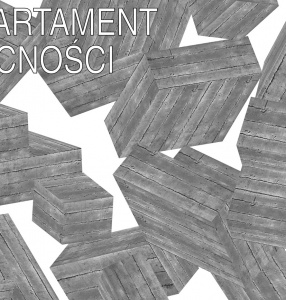 THE NIGHT OF BLACK MILK 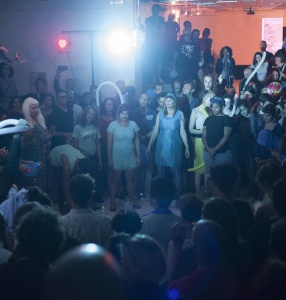 The Parliament of Bodies at MoMA Warsaw