Every July and August Tuesday the Museum of Modern Art organizes film screenings and concerts on the Parade Square.

Together with other institutions participating in the "Parade Square” project we would like to prove that this place – a former symbolic space of the country – can become a true life centre of present-day Warsaw. By entering the square we are opening ourselves to a wide audience, including persons previously uninterested in modern art. The planned events can be treated both as a quick introduction to contemporary art and a chance to retrieve favourite film works presented during previous exhibitions at the Museum. Apart from screenings two concerts are also going to take place: Teraz Poliż and Stara Rzeka.
The events have been divided into three sections:

MUSEUM’S COLLECTION: Screenings of films from the Museum’s collection constitute a regular part of the programme. The works of the following artists will be presented: Omar Fast, Laurel Nakadate, Wael Shawky and Grace Ndiritu. Films are shown on a big screen so that everybody could fully appreciate their aesthetic values.

EXHIBITIONS: These events include films from “As You Can See” exhibition of 2014 – the first overview of contemporary Polish art in years. These are the works of the youngest Polis artists, who daringly cope with modern-day problems and aesthetics. We will also screen documentaries about the Chinese artist Ai Weiwei, who is the Museum’s collaborator at the new edition of Bródno Sculpture Park.

NOW: The programme deals with the most current phenomena in the Polish video art. Among others, we will try to answer the following questions: Why are today’s female artists furious? What is a famous Polish female artist doing in a Greek monastery on Cyclades? What sort of adventures did Agnieszka Polska experience during the shooting of her film “Future Days” on a (nearly) desert Swedish island?

The programme has been prepared by the Film Archive of the Museum of Modern Art in Warsaw – the largest online archive of Polish art films. The Film Archive’s collection is available at: artmuseum.pl/pl/filmoteka 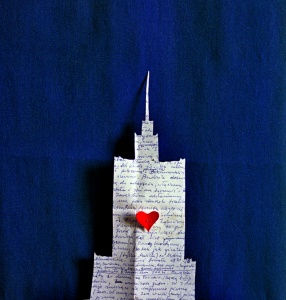 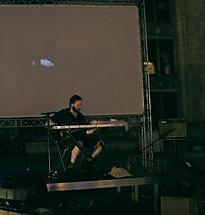 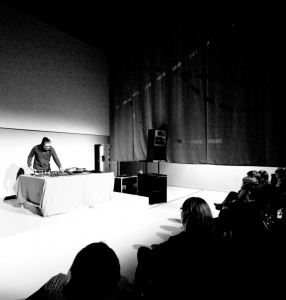