The Open Museum is a programme of lectures, workshops, meetings and screenings organised by the Museum of Modern Art in Warsaw.

The seventh edition of the programme constitutes a proposal of looking in several directions at the same time. On the one hand, it attempts to show the broader context of the exhibitions that were opened this winter:

"Andrzej Wróblewski: Recto / Verso. 1948-1949, 1956-1957”, a broad presentation dedicated to the icon of Polish post-war art and constitutes an attempt to re-read his works, harness them and present their current aspects.

The exhibition will be accompanied by a series of meetings with artists whose works are inspired by or directly relate to the gestures and attitudes of Andrzej Wróblewski. Thus, it will be an attempt to not only ask history contemporary questions but to also look at the present from the point of view of history.

The programme includes "intergenerational” meetings of Luca Tuymans with Wilhelm Sasnal (conducted by Anda Rottenberg), Marek Sobczyk with Oskar Dawicki (chaired by Łukasz Gorczyca) and a meeting and screening with the participation of Andrzej Wajda. There will also be walks organised around the exhibition along original paths set out by artists, art historians and curators (Wojciech Bąkowski, Dorota Jarecka, Jan Michalski, Agnieszka Szewczyk and others).

The exhibitions titled "Lest The Two Seas Meet”, which takes up the topic of the body in the situation of political conflict, constructs a broad and – by focusing on recent events – highly contemporary context of the works of Andrzej Wróblewski. The background to the presented works of artists mainly from the Middle East as well as from China, Singapore, Ukraine and Poland, is the unprecedented wave of protests that could be seen over the last few years in different regions of the world, first and foremost the Arab Spring.

The exhibition is accompanied by lectures and discussions examining language and the dynamics of such social unrest (Jalal Toufic, Rasha Salti, Nataliya Gumenyuk), as well as screenings of films of the artists (Maha Maamoun, Jumana Manna).

Apart from that, two theme cycles have also been foreseen:

"Beyond the Frame / Beyond the Centre. Alternative Performance Stories” is a continuation of last year's series dedicated to performance theories, which was organised in collaboration with André Lepecki. This time, together with invited guests from Japan, Brazil, Slovenia, Portugal and Russia, an attempt will be made to challenge the dominant narrations and search for parallel performance stories in barely studied areas that have so far been treated as peripheral in relation to the New York – Paris axis to date. Lectures and seminars will be conducted by: Raiji Kuroda, Claudia Calirman, Verónica Metello, Nataša Petrešin-Bachelez and Sasha Obukhova.

Which social changes have led to the explosion of autobiographism? How is the spirit of time and culture manifest in biographical and autobiographical constructs? How do they process history and what instruments are used to identify the past and the present? The answers to these and many other questions will be jointly sought with the invited guests (Inga Iwasiów, Weronika Szczawińska, Kazimiera Szczuka, and Barbara Wysocka) by Marek Beylin in the series "Biography, Autobiography, Society”. This series accompanies the biography of Alina Szapocznikow, which will be published in the "Mówi Muzeum” series of the Museum of Modern Art in Warsaw and the Karakter publishing house.

The Open Museum Programme draws its inspiration from the theory of Oskar Hansen's Open Form. Emphasis is placed, in line with his spirit, on the mutual learning process, which replaces the traditional, hierarchical transmission of knowledge. We are also inspired by Hansen's negation of the primacy of experts and the continuous pursuit of translating knowledge into categories that are comprehensible to everyone. We are attempting to penetrate, by way of a "public amateur”, the sealed "black boxes" of specialised knowledge: disarm overly rigid comprehensive approaches, disbelieve priorly accepted obviousness and propose sound alternatives.

Knowledge understood in this way involves an unremitting effort of understanding and finding and giving meanings, thereby, constitutes a specific communication platform. Thus, it holds a crucial position in the Auditorium building (both current and future) of the Museum of Modern Art in Warsaw where knowledge, views and perspectives are constantly negotiated, where they are in constant movement and tension. The construction of a common vocabulary applicable in various areas of knowledge and the great variety of attitudes and perspectives reveal the reality in its very complexity and dynamics. The Open Museum is in fact a museum of open knowledge. 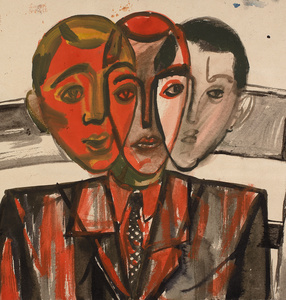 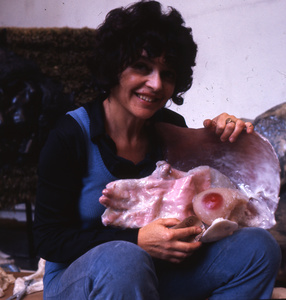 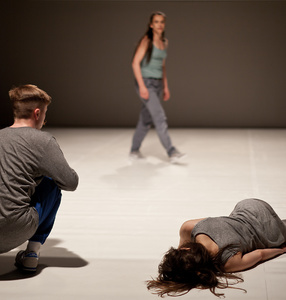 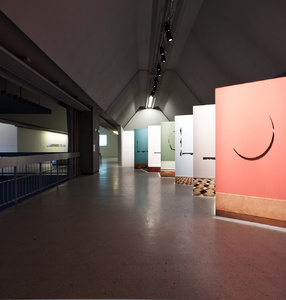 Lest the Two Seas Meet