The Museum of Modern Art in Warsaw invites you to attend the two-part conference "Never Again", the principal element and culmination of the public programme for the exhibition of the same title at the Museum on the Vistula.

The conference, scheduled for 24–26 October 2019, will be held at the Museum on Pańska Street and will include historical and contemporary parts:

"Art Against War and Fascism in the 20th and 21st Centuries" – 24 October (Thursday),
"Internationalism After the End of Globalization" – 25–26 October (Friday–Saturday).

Both parts of the conference will take up the debate underway in the field of art and elsewhere on the forms of engagement by the artistic community and cultural institutions in historically crucial moments. Today this is a debate on new forms of violence, fear of war, and denial of the lessons drawn from the tragedy of the Second World War. Its witnesses are slowly passig away, while the works serving as a repository of memory of the war are no longer a clear caution, and instead undergo neutralization.

The exhibition "Never Again: Art against War and Fascism in the 20th and 21st Centuries", organized on the 80th anniversary of the outbreak of the Second World War, is also part of a grassroots initiative of cultural institutions, the Antifascist Year. In the rich history of antifascism we seek answers to the question of the significance and strength of measures against war and violence today. Has antifascism as a universalized experience, as the peaceful foundation of social life in Europe, lost its unifying power? Did antifascism end along with communism, to which it was strongly linked in the 1930s and the 1950s? And in this respect, can it be effectively continued within democratic traditions? Or is the struggle with (post)fascism identified today with the struggle with capitalism, which is the essence of the historical leftist antifascist tradition? And finally, how to tell the history of antifascism so that it can inspire today’s social movements opposing violence?

On the first day of the conference (the historical portion) we will examine the structure of the exhibition "Never Again", exploring the relations between art and antifascism in the 1930s and 1950s and presenting reports by art historians devoted to specific works or artistic movements. The same day will also feature a roundtable among directors of the seven institutions making up the L’Internationale confederation of European museums. Thus the discussion will extend beyond the histories of individual works, taking up the topic of the social mission of cultural institutions and their duty to society in times of tension and political polarization in Europe.

On the second and third days of the conference (the contemporary portion) we will host persons representing collectives, institutions and research centres, as well as artists involved in reflection on contemporary crises connected for example with the use of new technologies as a tool of manipulation, or the radicalization of political disputes. We will also wrestle with the issue of the current definition of fascism and hear many opinions and artistic, activist and academic approaches.

Group presentations will be delivered on 25 October in thematic sessions, followed by a public discussion. The session on October 26 will take the form of a moderated gathering facilitating involvement by all participants. The aim of the assembly is to seek new forms of artistic cooperation and internationalism which could be founded on a basis of economic, racial and gender equality and climate justice. 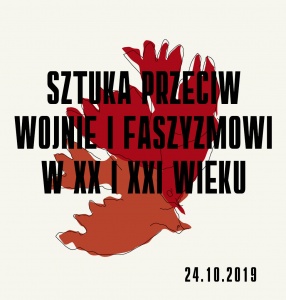 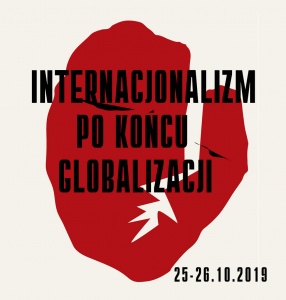