The Museum of Modern Art in Warsaw and Komuna Warszawa present an exhibition and accompanying events, organised as part of our Department of Presence program, to celebrate Komuna's 30th anniversary.

It's a story that runs parallel to the history of Poland's transformation: in May 1989, in a small town outside of Warsaw, an anarchist formation called Komuna Otwock was born. The group worked under that name for 20 years, and changed it to Komuna Warszawa in 2009. The name suggests Komuna's initial goals: to introduce community thinking to the realities of Poland's budding capitalism, to create independent spaces for expression, to work from the ground up, not for profit, but for one's own satisfaction and for the good of the society. At the time, it was provocative - the word “komuna” (“commune”, also used as a derogatory term for the Communist regime) could evoke few positive connotations in the 90s in Poland.

Today, Komuna provokes again. It sums up 30 years of its existence and proclaims: “communism IS!”. Just as some parts of the intellectual elite attempt a positive re-evaluation of the bygone Communist project, the authors of Komuna have no doubt: we live in a capitalist world and the situation will not change in the foreseeable future, it is thus better to negotiate with capitalism than to nurse naive hopes of an anti-capitalist revolution.

And yet, this message is not a break from Komuna's heritage, but a faithful continuation. From the outset, Komuna has been committed to practice: instead of theoretical abstraction, it believed in the concreteness of social praxis. In its early years, their activities bore the marks of inspiration by Marx (especially in his youth) and his continuators. This produced work that combined art and social activism (such as an attempt to establish an alternative culture center in the village of Ponurzyca near Warsaw). With time, Marx has been replaced by the American pragmatist Richard Rorty (whose quote provides the title of the exhibition), while faith in utopia by a reasonable settlement with the reality principle. The process of negotiating with the rules of liberal democracy has been documented in Komuna’s most important stage performances: "Design. Gropius, Przyszłość świata" (Future of the World), "Sierakowski" (Future Tales. Sierakowski), "Paradise Now?, Tocqueville. Życie codzienne po wielkiej rewolucji" (Tocqueville. Everyday Life After a Great Revolution), "Terry Pratchett. Nauki społeczne" (Terry Pratchett. Social Science).

Komuna Warszawa's residence at the Museum of Modern Art in Warsaw includes several complementary projects. Each one revolves around a central theme of attempting to reevaluate the coordinates of contemporary capitalism.

Radio Kapitał (Capital Radio) is a community initiative moderated by Komuna Warszawa and the Bęc Zmiana foundation. It's a free platform for independent music and discussions about society and culture.

Starting on June 29th, Radio Kapitał will broadcast non stop from a temporary studio in the Museum.

A radio play directed by Grzegorz Laszuka that refers to the last scenes of Kurt Vonnegut's debut novel “Player Piano” - workers who lost the revolution against corporations and their mechanised factories are so bored, they start to fix the robots, because that's what they can and like to do. Is that how the anticipated social revolution of the 21st century will end?

An exhibition that summarises the complicated relationship between Komuna Warszawa and social reality: from Utopian dreams of a revolution to its radical - and sensible - rejection. Reconstructed fragments of the group's most important plays make up a new, monumental video work. 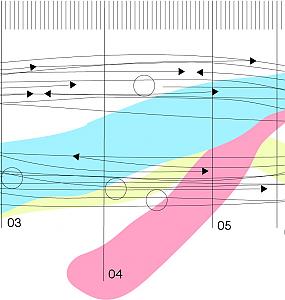 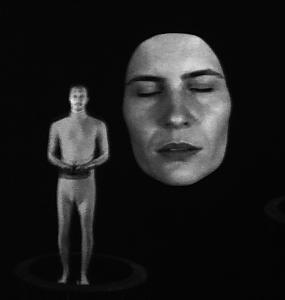