Władysław Hasior (1928–1999) – visual artist celebrated for his assemblages and monuments. At the turn of the 1950s and 1960s, he designed his original concept of uprooted sculpture (anthropomorphic, reinforced concrete castings). In 1966, he created The Iron Organ in the area of the fratricidal post-war fights on the Snozka Pass; interpreted beside the political context of their creation, the wind-propelled musical structure may be considered the only Polish monumental, entropic, land art work. He also created theatre and film sets. In the 1960s and 1970s, his art gained an extraordinary local and international popularity.

The publication of Władysław Hasior's Photographic Notebooks on webside is possible by the courtesy of the Tatra Museum in Zakopane. 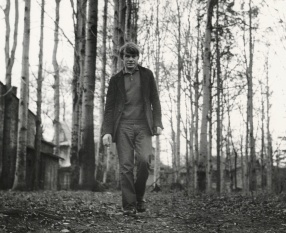