In 1981 Libera copied Parisian May '68 poster, depicting a skull biting brush. On that basis he created his own linorite, which he distributed around Pabianice after the announcing of Martial Law. It depicted skull in a ZOMO helmet biting an anchor (the work hasn't been preserved). April 1982 Libera took picture of a skull on a wall in Pabianice, similar to the one from his linorite, assuming it as a proof that the motive invented by him has been embraced and functions as a symbol of struggle against opressive system. 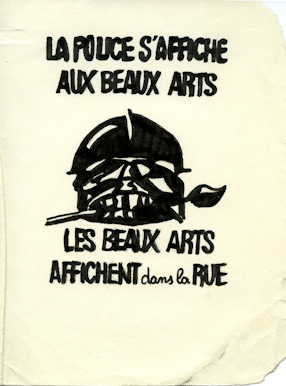 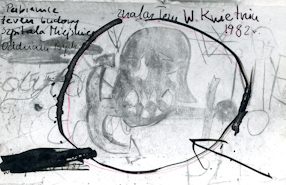 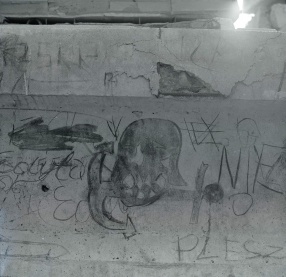 Skull on the wall