On 9 October 2006 at 05:00 p.m. at the passage to the Centrum metro station in Warsaw Ewa Partum repeated her Warsaw action „Active Poetry” from the year 1971. In the first edition, one of underground passages was the scenery; this time the artist has chosen a crowded passage between the Central Railway Station, Railway Station Warszawa Śródmieście and metro station. During the one-hour action, in presence of the audience, Partum has emptied the bag from a large amount of white alphabet letters, which were gradually taken away by the passersby over the pavement. 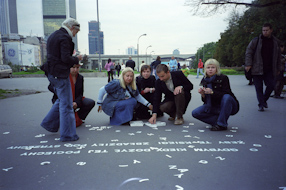 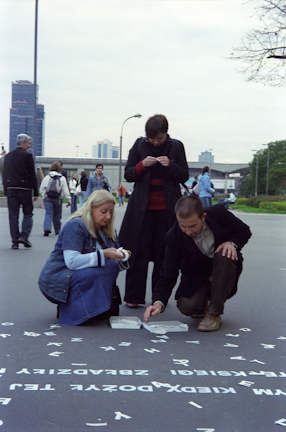 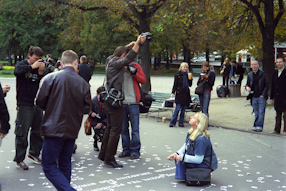 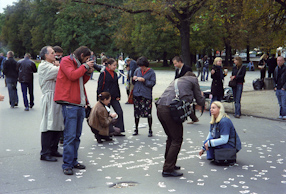 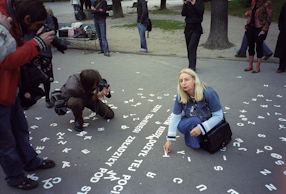 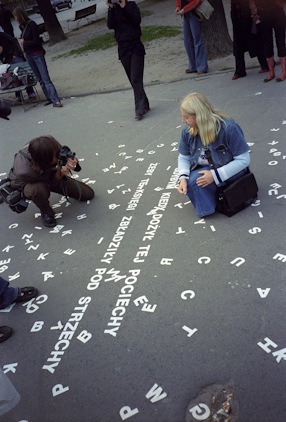 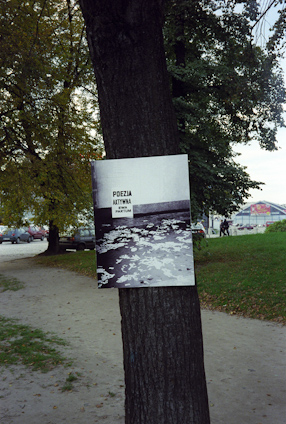 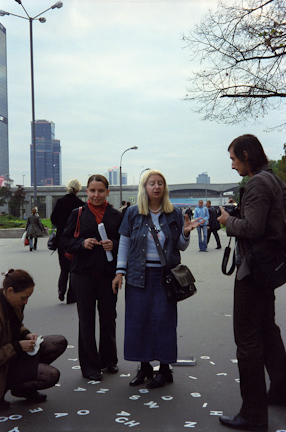 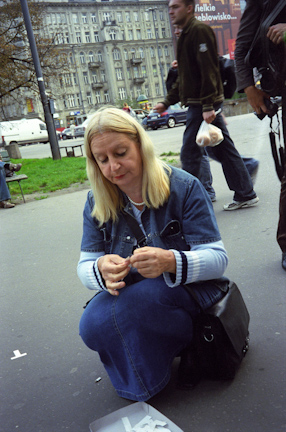 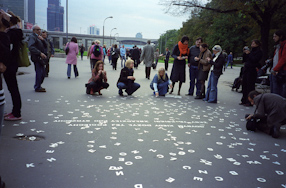 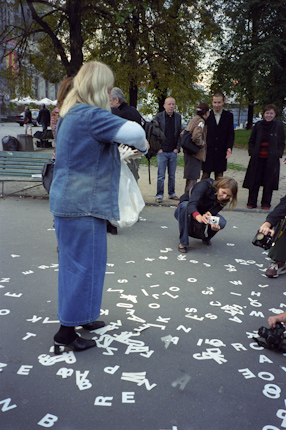 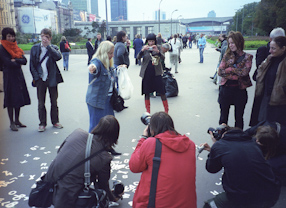 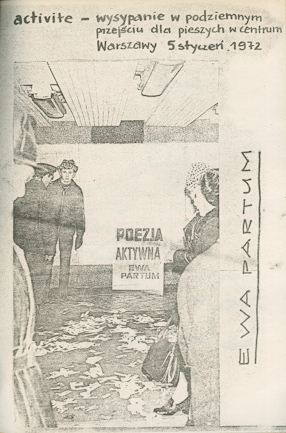