Hippies exhibition at the Krzysztofory Gallery (1-26/26)

Hippies appeared at Warsaw’s Foksal Gallery and Cracow’s Krzysztofory Gallery thanks to Tadeusz Kantor. Their presence was also supported by Henryk Stażewski and a group of critics and artists associated with the Foksal Gallery. The ideas of social revolution seemed to correspond with their artistic demands: the idea of involvement, abolition of hierarchy, crossing the line between art and life. However, Kantor, along with other artists, regarded this type of participation as rather futile.

Political climate of 1968 and the hippies’ presence was described by Jerzy Bereś:

The temperature from before March was gone and the coffee shop was full of narks following students. During this year's fall I prepared one more manifestation entitled "Chleb malowany czarno" (Bread painted black) in honor of our Chechoslovakian artists, friends, and, at the same time, guests. But it happened in a completely conspiratory way. Stanisław Balewicz made it impossible for a potential nark in the back of the coffee shop to see what was going on. In the meantime, the students, who had been largely driven away from the coffee shops by narks, were replaced by long-haired hippies. This movement was enthusiastically welcomed in the grim world of normalization, especially in Warsaw by Henryk Stazewski and his entourage, and in Cracow by Tadeusz Kantor. The movement was a clear, visible sign that Poland wasn't in the backwoods anymore and thanks to it hippies' presence was the main attraction of art shows. Just like before with students, I shared a particular worldview with hippies. They protested against the surrounding world. The main difference was that they, in my opinion, supported more the western freedom to protest, and didn't want to hear about the much more difficult type of freedom described by me as independence. Both Tadeusz Kantor and I tried to persuade them to get involved in art, but they preferred free love and sniffling "tri" (TCE - trichlorethylene). However, they did improvisations, documentation of which they put up alongside ours in the coffee shop. The majority of The Krakow Group started becoming more concerned and reluctant towards everything that was going on. (...) Due to the presence of long-haired hippies and continuing exhibition of documents from the time before the normalization, the Krzysztofory Gallery was in danger. Władysław Loranc wrote an article "Should the flower be thrown out along with the flowerpot?" (the flowerpot symbolized the Krzysztofory Gallery). The hippies were thrown out and the exhibition also disappeared one night. I was so enraged that I couldn't decide whether someone from the outside had intervened or whether The Group had done it themselves. Probably both because the gallery was saved. 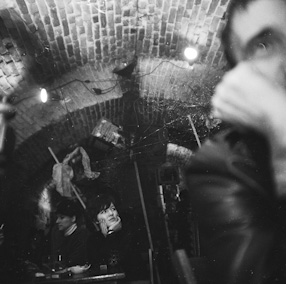 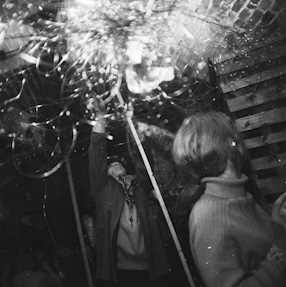 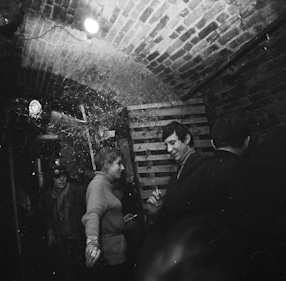 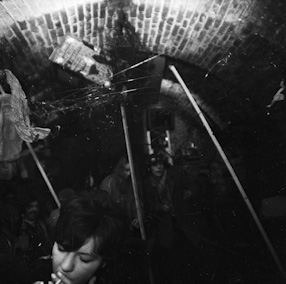 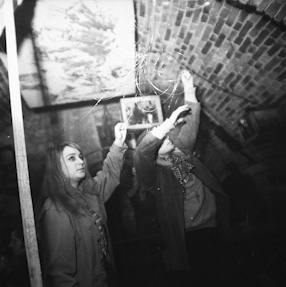 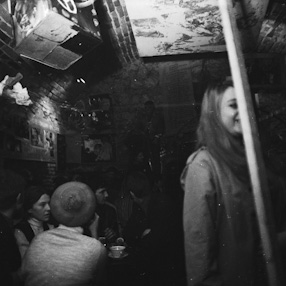 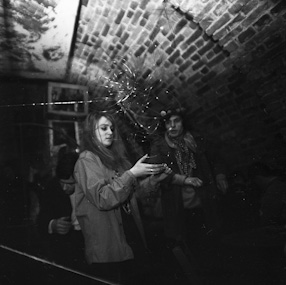 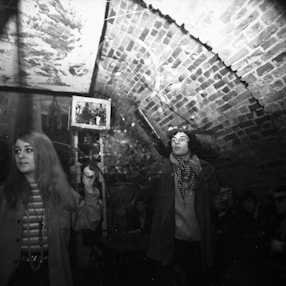 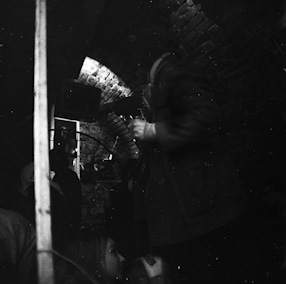 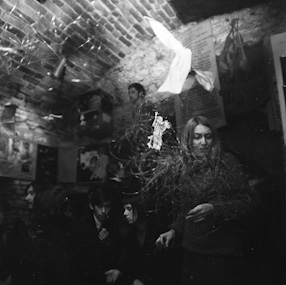 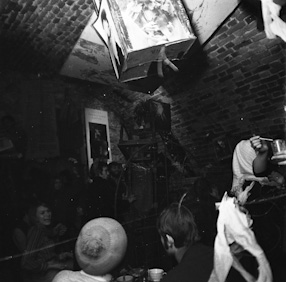 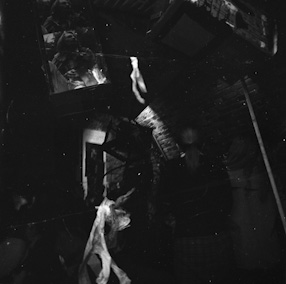 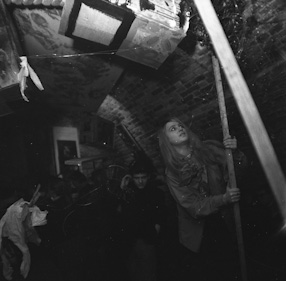 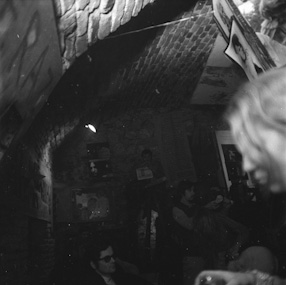 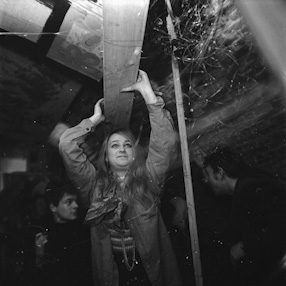 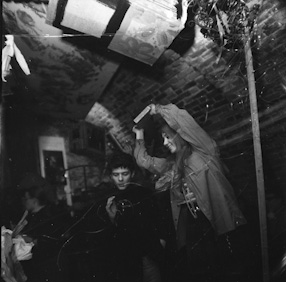 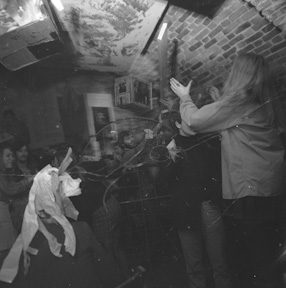 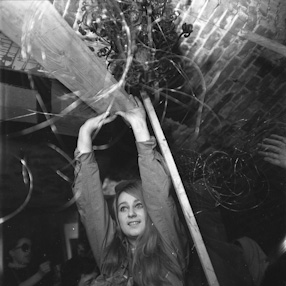 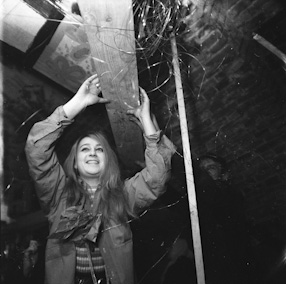 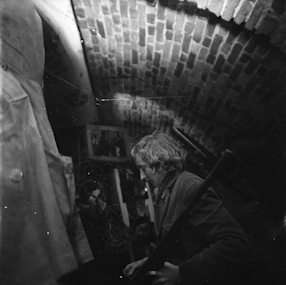 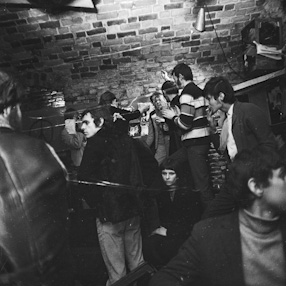 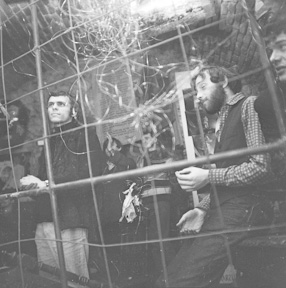 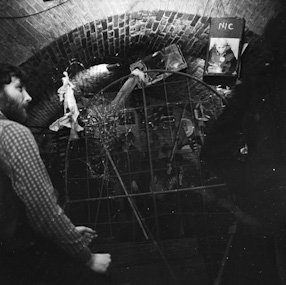 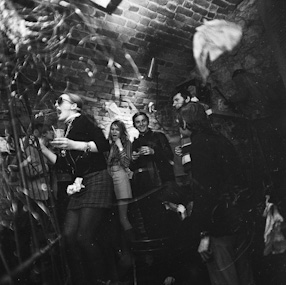 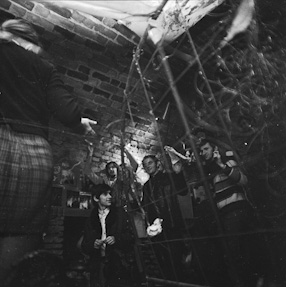 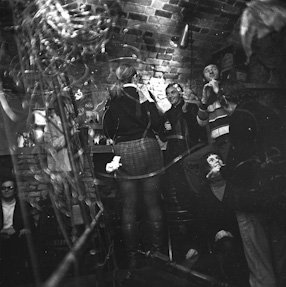