"Popular Exhibition," which Tadeusz Kantor also called "Anti-Exhibition," opened in the Krzysztofory Gallery in 1963. The artist filled the gallery's space, which was situated in a dark, brick basement, with lots of objects that included drawings, sketches, theatrical costumes, boxes, and photographs. The objects were displayed without any kind of hierarchy. Drawings were hanging on clotheslines and his works were mixed with personal belongings. The artist's everyday life and its triviality were brought to light and the whole process was seen as an in-depth analysis during which Kantor was subjected to the audience's judgment.

"Anti-Exhibition" was a result of Kantor's pursuit of a way to go beyond painting, which he had already considered as becoming more and more conventional in the late 1950s. He believed that art was under a constant threat of growing still and the only response to the crisis was the pursuit of what he called "zero zone." For Kantor an object played a crucial role in going beyond painting. The concept of an object, in the artist's case a very complicated one, had an enormous effect on his whole happening and theatrical work. He came up with his own idea of the "ready-made object" as well as the notion of an object of "the lowest rank," something that was common, useless, meaningless, and what, only after bringing into the reality of art, gains a new meaning.

The exhibit's form predicted something that would soon be called "environment". In the manifesto that accompanied the exhibition, Kantor wrote:

"THE EXHIBITION / loses its former indifferent function /of presenting and documenting, and becomes / an ACTIVE SETTING, / engaging the viewer in the adventures and traps / that deny and don't satisfy/ his being as a spectator, / watching and exploring.

THE EXHIBIT / consists of a «ready-made» reality / that is my own work and past, / foreign and objectified / by mixing it with the subject / matter of life." 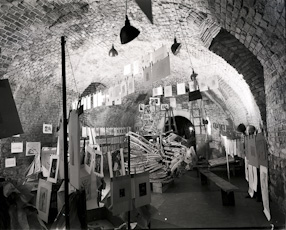 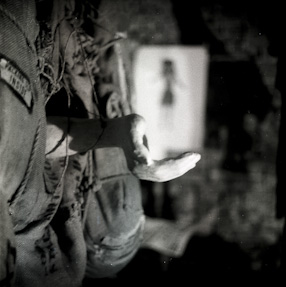 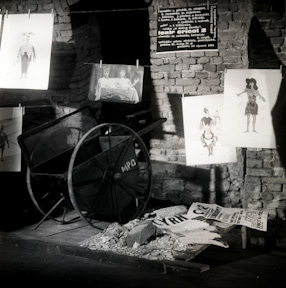 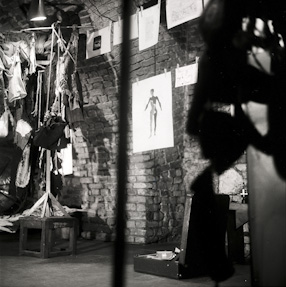 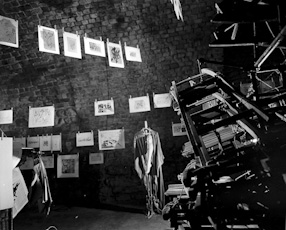 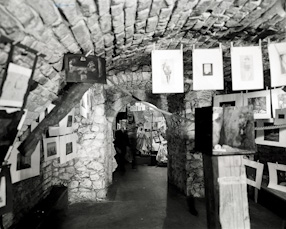