"Cybernetic Serendipity", the landmark exhibition curated by Jasia Reichardt in 1968 will be celebrated at the Museum of Modern Art in Warsaw with a display of documents, installation photographs, press reviews, invitation cards and publications.

‘Where in London could you take a hippy, a computer programmer, a ten-year-old schoolboy and guarantee that each would be perfectly happy for an hour without you having to lift a finger to entertain them?’ (2nd August 1968, Evening Standard)

Garnering the attention of the national and international press at the time, "Cybernetic Serendipity" was the first international exhibition in the UK devoted to the relationship between the creative arts and new technology. This ground-breaking exhibition, designed by Franciszka Themerson, presented the work of over 130 participants including composers, engineers, artists, mathematicians and poets with no distinction made between these disciplines. The exhibition ran from 2 August - 20 October 1968 and welcomed nearly 60,000 visitors.

Its aim was to present an area of activity which manifested artists' involvement with science, and scientists' involvement with the arts; in particular to show the links between the random systems employed by artists, composers and poets, and those involved with the making and the use of cybernetic devices. Befitting the time, "Cybernetic Serendipity" dealt with possibilities rather than achievements, especially since in 1968 computers had not yet revolutionized music, art, or poetry, in the same way that they had revolutionized science. Nearly 50 years later, at a time when our relationship with computers permeates across every aspect of contemporary visual culture, this exhibition offers a thorough documentation of Cybernetic Serendipity to highlight its impact and continued relevance today.

Presented as part of ICA Touring, in partnership with The Institute of Contemporary Arts, London.

coordination on the side of the Museum 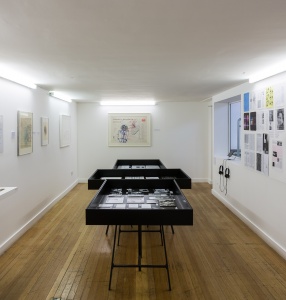 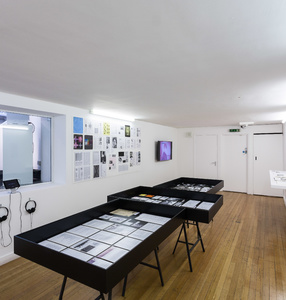 How art institutions work with their own history