The exhibition devoted to the work of Oskar Hansen (1922-2005), an architect, city planner, theoretician and pedagogue, affiliated with Team 10 and the Warsaw Academy of Fine Arts, shows the evolution of Open Form from its beginnings in architectural designs to the application in movies, visual games and performance acts.

The display prepared by the Museum of Modern Art in Warsaw and Museu d'Art Contemporani de Barcelona (MACBA) is the first of the series of international exhibitions devoted to this figure. Another edition will be presented at the Museu de Arte Contemporânea de Serralves in Porto in 2015.

The axis of the exhibition is the Open Form theory, presented by Hansen in 1959 at the CIAM congress in Otterlo, which advocated enabling users of architecture to actively participate in its formation and put architecture in the position of an absorptive background that exposes everyday events. Aimed at participation, process, change of hierarchy between an artist and viewer, it became a key idea behind Hansen’s architectural activity and an inspiring reference point for his students’ artistic creations. It has been reflected in designs of different scale – from installations and exhibition pavilions to the Linear Continuous System, a monumental city planning design with the intention to cover the entire territory of Poland and the European continent.

Designs executed as envisaged by Open Form as well as ensuing concepts of active negative, absorptive background and the Linear Continuous System are presented in six parts of the exhibition. The Politics of Scale presents Hansen’s city planning concepts, whereas Architecture of Events displays mobile architecture designs and relations between architecture and cybernetics. The Anti-Monument part recalls the design of the Road-Monument intended for Auschwitz-Birkenau, which was an attempt at applying Open Form to sculpted monuments. The part entitled House As Open Form invites us to Hansens' private space, while Art and Teaching provides insight into a didactic activity related to Open Form performed by Hansen at the Warsaw Academy of Fine Arts. This topic is continued in the part entitled Tradition of Open Form, which presents works of two generations of Polish artists that refer to Hansen’s concepts in various ways. The exhibition’s structural design, relating to Hansen’s designs of exhibition pavilions and bringing all parts of the display together, constitutes an integral part of the exposition (Architect As Curator).

The exhibition has been organized as part of the Oskar Hansen (1922-2005) project. This research and exhibition project is devoted to Hansen's work and highlights the permanence of his concepts in teaching architecture and visual arts in Poland and Norway. Apart from domestic funds, it has been financed by EEA funds from Iceland, Liechtenstein and Norway. 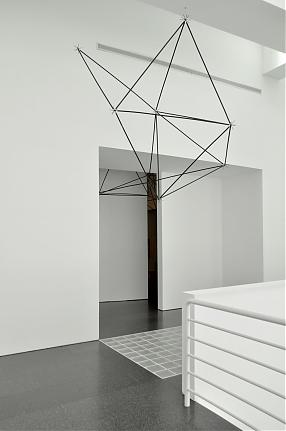 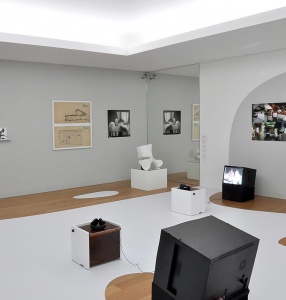