Midnight May 14th - the peak moment of this year's Museum Night - will mark the end of the four year period of the Museum of Modern Art in Warsaw's activities in the Emilia furniture pavilion.

The future of the building, rediscovered in recent years and well-liked by Warsaw's residents, remains unclear. Its private owner plans on demolishing it. The city conservator is asking to move the salvageable parts of the building and reconstruct it next to the Palace of Science and Culture, while the regional conservator is expressing his intention to put Emilia on the heritage list in order to give it full protection. The following months will show which scenario will play out, but the Museum is nevertheless saying goodbye to Emilia, inviting anyone who enjoyed its welcoming architecture, which fostered the meeting of art and audience, to celebrate with us. The program will include concerts and art performances, as well as a conference on modernist architecture and the release of an album about the pavilion.

The final three exhibitions will close in the evening on Sunday, May 1st, and Museum employees and Museum Night participants will leave the building together at 11:55 PM on Saturday, May 14th. The farewell events will begin on Friday, May 6th, with an evening of concerts organized together with the “Co Jest Grane 24” magazine. Performances will include a project prepared especially for Emilia by musician, poet and visual artist Wojciech Bąkowski, and concerts by electropop trio Kamp! and Soniamiki.

At noon on the next day, Friday, May 7th, we will see expo zéro - a several hour long choreographic exhibition prepared by Boris Charmatz, one of the most important contemporary choreographers, the director of the Dancing Museum in Rennes, France. This will be an exhibition without art works, but it will include guest artists, dancers, philosophers, art theoreticians and curators. It will not show material objects, but the staged conversations, short dance performances, gestures, spoken word and movement, will be written for the whole, empty Emilia building. The expo zéro project fits perfectly with the situation of our Museum leaving its premises, with no artworks or furniture left, only people and the things happening between them. Expo zéro has been performed at Tate Modern in London (May 2015) and at the Performa 11 festival in New York (November 2011). After the performance, there will be a meeting with Boris Charmatz.

On May 11th to May 13th Ari Benjamin Meyers, a composer and conductor, and Sissel Tolaas, a chemist and smell expert, will meet for a day and a night in the Emilia pavilion in order to engage the audience in a game based solely on smell and sound. Referring to the senses that have so far been used the least at the Museum, the artists will set in motion Emilia's hidden, subconscious memory deposits. After getting to know the pavilion's past with the help of a medium, Meyers and Tolaas will communicate the empty building's olfactory and auditory memories back to the audience, and then, in dialog with it, reactivate their own smells and memories.

On May 12th and 13th (Thursday and Friday) Emilia will host a conference titled “Modernism protected by law” with the protectors of post-war architectural heritage in various cities in Poland, historians and conservators. This two-day meeting will end with the release of the “Emilia. Meble, muzeum, modernizm” (“Emilia. Furniture, Museum, Modernism”) album, published in the Mówi Muzeum series in cooperation with Karakter. Participants will include the writers, as well as Maja Wirkus, a photographer commissioned by the Museum to create a unique photographic portrait of the Emilia pavilion. The album also includes a selection of several dozen photographs sent in by the Museum's audience.

On the evening of May 13th the Museum will invite you to a performance by Detroit's post-industrial trio Wolf Eyes. They are said to be the successors of legends such as Swans, Einstürzende Neubauten or Misfits, and the creators of the most recognizable avant-garde rock and roll noise sound of the 21st century. Their show will be preceded by a performance by Anna Zaradny, and followed by a DJ set prepared by Jacek Sienkiewicz in cooperation with numerous visual artists whose works will be included in the Museum's collection.

The farewell Museum Night at Emilia will also have a musical and performative character. This evening will be the last chance to visit the pavilion, peak into all of its nooks and crannies, and take some goodbye pictures. The main part of the pavilion will be filled with the sounds of the avant-garde British composer Cornelius Cardew's “The Great Learning”, a monumental and rarely performed music piece, for which, in the late 1960s and early 1970s, the word “minimalism” was first used in music. The fragments of “The Great Learning” performed by the Strefa Wolnosłowa collective will constitute a sort of musical environment for the audience visiting Emilia one last time, but also for the artists invited to present their own performances while the musical piece is played. These artists include Brud, Ray Dickaty, Alessandro Facchini, Gamid Ibadullayev, Irad Mazliah, Sean Palmer, Philip Palmer, Candelaria Saenz Valiente - Warsaw's musicians, choreographers, dancers, performers and visual artists whose task will be to engage in a double dialog - with Cornelius Cardew and with the Emilia pavilion. The building will become the main character in the performances prepared for the evening. On the last day of the building's artistic life they will create an art guidebook based on its history, architecture, acoustics and symbolism.

8:30 PM - concert by Mats Lindström „One (for David Tudor)”, in conjunction with the “Raiforest V” exhibition

12:00 PM (noon) - a sale organized by the Society of Friends of the Museum of Modern Art in Warsaw

11:50 PM - the audience and employees of the Museum leave the Emilia pavilion 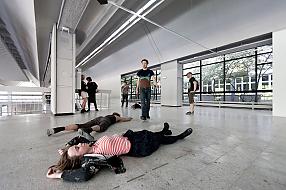 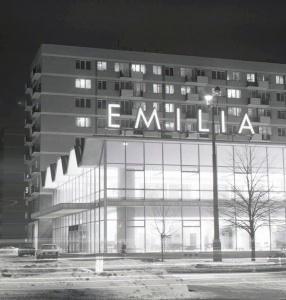 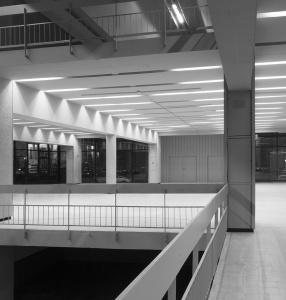 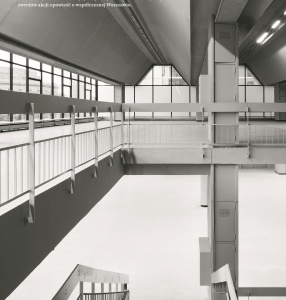 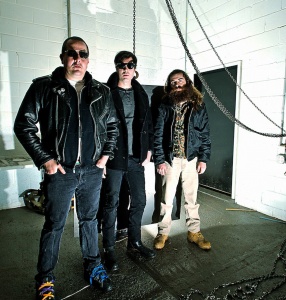 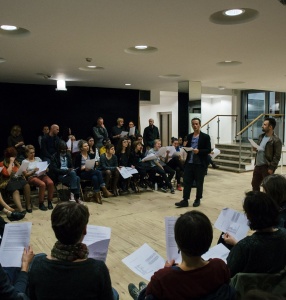 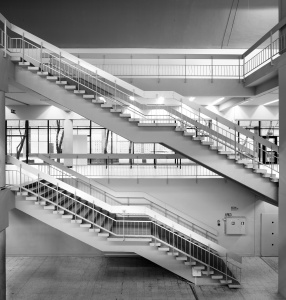 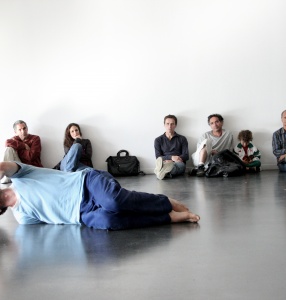