The Museum of Modern Art kindly invites you to the meeting with Pedro Cabrita Reis, author of the work entitled: “A conversation with Oscar Hansen”, presented during the exhibition under the banner: “In the Near Future”. Meeting held by: Aleksandra Kędziorek.

“A conversation with Oscar Hansen” is a tribute to an outstanding Polish architect, the creator of the Open Form theory. Reis made a concrete copy of one of the balconies located at Słowackiego residential complex in Lublin, designed by Hansen.

In a fiddly manner Reis froze a fragment of the Hansen’s complex in a static sculpture, pejoratively called by Hansen the “closed form”. Thus, the sculpture transformed into an non-obvious monument of some noble utopian idea and the impossibility to materialize it. Originally, this minimalistic sculpture was situated in the public sphere of Lublin (it was performed within the framework of the festival of art in public sphere, Otwarte Miasto /Open City/, in 2013), near the Dominican Church specifically. Confronting Hansen’s idea with the church – the exemplary institution of the “closed form” – Reis revealed the permanent conflict present in the Polish culture between the modernization ideas heading towards the opening and activation of the society and the national and religious ideas based on centralization and obedience.

Pedro Cabrita Reis (born 1956 in Lisbon) is one of the most important Portuguese artists. In his artistic work, he uses drawing, painting, photography and sculpting and creates objects, installations and arrangements of space. Reis uses ready-made objects, like fluorescent lamps, windows, doors, mirrors, planks, brick or steel girders, investing them with monumental character. His realizations enhance the sense of absence and scantiness of human existence but also help to find supernatural elements in the reality. Pedro Cabrita Reis represented Portugal during the Biennale in Venice in 2003. 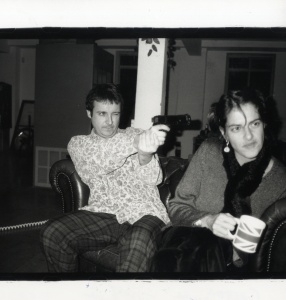