Museum and the Community – the Fryderyk Chopin Museum
A meeting with Maciej Janicki and prof. Anno Mungen

The Museum of Modern Art in Warsaw would like to invite you to another meeting in the “Museum and the Community” series, organized in cooperation with the University of Warsaw's Institute of Polish Culture. It will be focused on the Fryderyk Chopin Museum in Warsaw, with guests Maciej Janicki, the Museum's curator, and prof. Anno Mungen, the director of Forschungsinstitut für Musiktheater (Opera and Musical Theater Research Institute) at the University of Bayreuth. The meeting will be led by Łukasz Bukowiecki (University of Warsaw's Institute of Polish Culture).


The Fryderyk Chopin Museum in Warsaw, reopened after a renovation and expansion in 2010, on the composer's 200th birthday, is Poland's most important biographical museum, as well as one of the country's few narrative museums that do not deal with political and historical events of the 20th century. Chopin himself is a Polish “national brand”. His art and image have been protected by law since 2001, with the only legal act of this importance in Poland to protect a single artist's work.

The Fryderyk Chopin Museum visitors, thanks to a collection of objects, special stage design and interactive multimedia, can not only “hear Chopin”, but also “see” the pianist's biography, and even “feel” the atmosphere of his times. The Museum's permanent exhibition will be analyzed in terms of “how” - and “for whom” - it shows what is essentially non-visual: the composer's personal talents, his education and career path, his creative processes, their contexts and results.

Discussion participants will be Maciej Janicki, who prepared the exhibition in 2008-2010, currently the Museum's curator, and prof. Anno Mungen, a prominent German music and theater specialist, who analyzes media that combine music and visual art, including their use in museum exhibitions. We will try to find out how the Chopin Museum exhibition conveys the composer's music and its community references, in a local, national and universal perspective.

We will discuss the issue of balancing the museum's message between cultivating an official image of Chopin as the best Polish composer and popularizing knowledge about him and his music. How can we find a compromise between the ideas and expectations of different remembrance communities? How can we define the proportions between objects and multimedia in the exhibition? How can we put the “Fryderyk Chopin heritage” in a wider frame of reference, like the history of Warsaw, the history of the heritage canon or European music culture? To what extent should it be an artistic or a national biography? Can we therefore popularize Chopin at all, and is it even possible?

curator of the Fryderyk Chopin Museum since 2012. He is a University of Warsaw musicology (2005) and art history (2008) graduate. He has been cooperating with the Fryderyk Chopin Institute since 2007. He prepared the Chopin Museum's permanent exhibition (2008-2010) and curated many temporary exhibitions. He specializes in Chopin iconography. He is also a co-curator of museum events, exhibition script writer and editor. His interests revolve around the music and visual art of the 19th, 20th and 21st centuries, with a special focus on the tensions between tradition and modernity. He deals with modern and past soundscapes, currently working on the problematics of the soundscape in the context of Fryderyk Chopin and his works.

musicologist and theater specialist, director of Forschungsinstitut für Musiktheater (Opera and Musical Theater Research Institute) at the University of Bayreuth in Bavaria, where Richarg Wagner staged his operas and where an annual festival devoted to his work is held to his day. His scientific interests include the history of the opera, the history of German music, media archeology, as well as the relations between music and visual arts, including music in films. He is also interested in the matters of presenting music and theater related issues in museum exhibitions. He wrote numerous scientific texts, including a book translated into English - The Archaeology of Film Music: The Sound of Moving Images in the Nineteenth Century.

culture specialist and culture historian, doctoral student at the University of Warsaw's Institute of Polish Culture. He is interested in the protection of cultural heritage and the history of its institutionalization. He is preparing a doctoral dissertation on unfulfilled plans for museums in Warsaw in the 20th century. He runs the www.miastomuzeow.pl website. 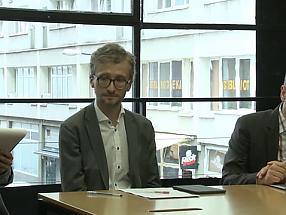 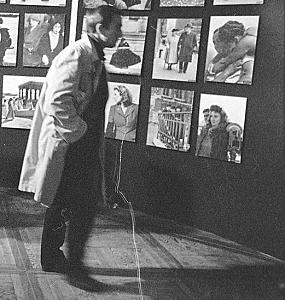 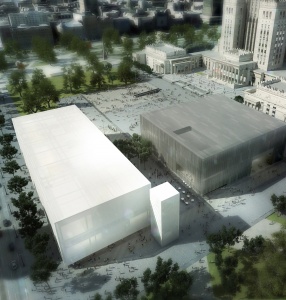 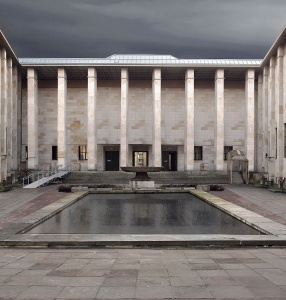 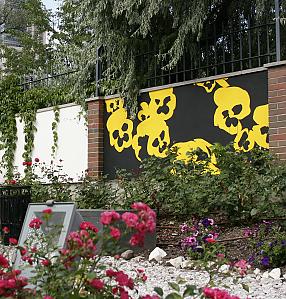 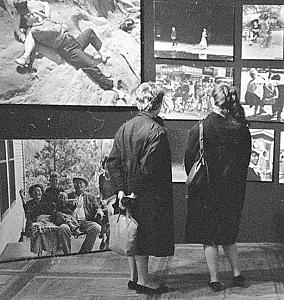