When Zofia Rydet began working on the series that would later be called “Sociological Record”, she probably couldn't imagine the project would consume her to such an extent. Photographing people in Poland in their homes or on their doorsteps, she produced a massive archive of about twenty thousand negatives of faces, interiors, objects and pictures. The project consumed her entirely, to the extent that she never managed to give it a final shape – neither in the form of a book nor an exhibition. There was always another place she wanted to visit, more people she wanted to photograph.

"I have never claimed a strong utilitarian character for the Record. On the contrary – I say that this document transcends its boundaries and may be interpreted in different ways. Who knows, this might turn out to be the best thing I've ever done".

Due to the fact that Zofia Rydet’s project has never been shown in a sufficiently broad selection, it has remained shrouded in myth. The aim of the symposium accompanying the exhibition "Zofia Rydet. Record, 1978-1990" is to change exactly that, by bringing the "Record" to use again, both as an object of interpretation as well as of photography theory; by contextualizing and interpreting Zofia Rydet's magnum opus from different points of departure, and thus making it available for further reflection. The artist herself was unresolved about how to define her work. Is it a piece of art or science – or perhaps, above all, a testimony of its time?

However, it should be noted that “contextualize and interpret” should not be read as “legitimize in the art field”. Zofia Rydet entered the field of visual art, or that of art photography, from vernacular practice – the association of amateur photographers in Gliwice that yielded other important figures, such as Jerzy Lewczyński. We take this genealogy as a reminder that photography simply cannot be defined in purely aesthetic terms without performing a violent cut in the larger context it is embedded in. This is why the participants of the symposium represent a broad spectrum of approaches to photography: to be able to look at the "Record" not only in terms of art and the history of photography, but also as a theoretical object, through which more can be said about photography as a social practice and tool of knowledge, as imaging technology and (visual) way of thinking, as well as its role in (re)constructing and (re)presenting the other, and the meaning of archiving the world.

Photographer, journalist and curator. Studied Polish archeology and ethnography at the University of Warsaw. Worked in film, among others as set assistant and second unit director. Her "Fotodziennik czyli piosenka o końcu świata" ("Photo-diary, or, the Song of the World’s End"), started in 1982 and continued until today, remains her most well-known work; some critics claim it can be compared to Zofia Rydet’s "Record".

Photography critic and theorist, independent curator. Author of many texts on photography, collected among others in the volumes "Essais sur l’expérience photographique" ("Essays on Photographic Experience", three volumes: 1990, 2002, 2006). Images-mondes. "De l’événement au documentaire" ("Images-Worlds. From Event to Documentary", 2007) is a record of his dialogue with art historian Paul Ardenne. During his career he was university professor, director of the Centre National de la Photographie and the Galerie Nationale du Jeu de Paume in Paris.

Anthropologist and translator. She teaches at the Institute of Ethnology and Cultural Anthropology at the Warsaw University and School of Form in Poznan. She is interested in the anthropologic research on the heritage and the museum as well as anthropology of design and art, the social construction of folk art and primitive art in particular, materiality of things considered to be design, art, monument or museum object and in questions of socially differentiated potential of art (kitsch). She is member of the editorial board of "Ethnologia Europaea" and the "Collection of News to Museum Anthropology".

Ph. D. student at the Institute of Polish Culture, University of Warsaw. Photographer and cultural animator, she conducts photography workshops for children, adolescents and adults, organizes, in cooperation with the Association “Katedra Kultury”, social and artistic, as well as urban and local initiatives.

Head of the Department of Aesthetics at the Institute of Philosophy of the Russian Academy of Sciences. Her major fields of interest are contemporary philosophy, visual studies, North American literature and culture. Among other books, she is author of "Neproiavlennoe: Ocherki po filosofii fotografii" ("The Unapparent. Essays on the Philosophy of Photography", 2002), "Antifotografiia" ("Anti-Photography", 2003, 2015), "Teoriia Obraza" ("Theory of the Image", 2010), and "Chto ostaetsya ot iskusstva" ("What Remains of Art", 2015; co-authored with Oleg Aronson). Since 2002 she has been editor-in-chief of the theoretical journal "Sinij Divan".

Artist working with photography, art historian, translator. Assistant Professor at the Lodz Film School. Translated a selection of Allan Sekula’s essays into Polish. Editor of the volume "The Archive as Project" (2011). Author of "The Post(modern) Fate of Images. Thomas Struth / Allan Sekula" (in Polish, 2013). Editor at "View. Theories and Practices of Visual Culture".

Critic, curator, historian of photography, feminist. Professor Emerita of the University of California at Santa Barbara. Author of the acclaimed "Photography at the Dock: Essays on Photographic History, Institutions, and Practices" (1991). Currently works on a new book, "The Face of Difference: Gender, Race and the Politics of Self-Representation". She published in such journals and magazines as "Art in America", "Artforum", "Afterimage", "October", or "Screen".

Scholar of visuality, associated with the Muzeum Sztuki in Lodz and the Institute of Polish Culture, University of Warsaw, editor at "View. Theories and Practices of Visual Culture", translator, among his research interests are conflicts in the sphere of visuality and theories of the image.

Curators of the exhibition

Curator of the symposium 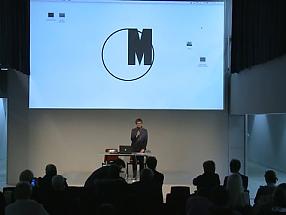 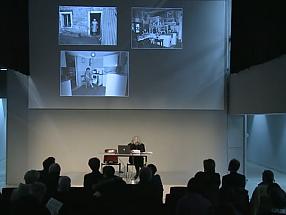 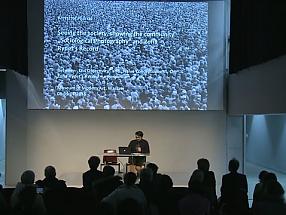 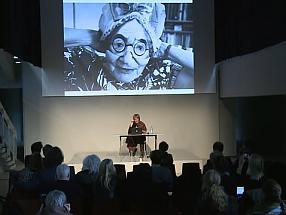