"Polish Gastronomy: Inside the Global Avant Garde," brings together three exceptional talents in the field of gastronomy – Wojciech Modest Amaro, Ryan Bromley and Marek Cecuła - each working in a specialized area within the industry.

As individuals, their work is respected throughout the world for its innovation and contribution to advancing the global discourse within their disciplines. The event presents snapshots of the work of these three individuals, hosting discussions about the most progressive directions in the field of gastronomy, current challenges, and new approaches that are being adopted to advance the industry.

These are mature discussions that move beyond the sensuality of food to explore the most exciting and promising directions in the burgeoning academic field of Gastronomy. Presentations will be made by each of the speakers, after which a panel discussion will engage the issues in greater detail, fielding questions from the audience.

For centuries, Polish cuisine has developed at a measured pace. In recent years, the powerful tools of science, and new culinary approaches, have transformed gastronomy. These transformations have allowed gastronomic practice to leap forward in giant strides – unlocking new possibilities for flavour, form and function in cuisine.

This discussion is about how these powerful tools have come to bear on Polish gastronomy, unlocking the potential of the nation’s larder. The quality of Polish’ flavours has now caught the attention of the world – placing Poland and its new cuisine in the spotlight of international gastronomy. This talk explores the flavours, techniques, and philosophies that are guiding a new generation of Polish chefs.

Marek Cecuła: Reinventing the Space Between Food and the Table

An exploration of new developments in ceramic design and the relationship between the designer, the chef and culinary art. Designing for culinary art requires products that accommodate the creative potential of another person - the chef.

By designing elements with a full range of possibilities and by offering a neutral, interactive form, we actually collaborate with another creative person who will complete the work with his own composition. This composition will integrate with the porcelain form which was produced by the ceramic designer. For that reason, culinary design should evolve in tight cooperation with the restaurant and its chefs in order to answer their physical and aesthetic requirements. Successful design in this direction is based upon a sound orientation of the substances, materials and recipes that will be used by the chefs. Imagination, diversity in utility, and aesthetics are the main ingredients in designing new culinary ware.

Ryan Bromley: Breaking Rules at the Intersection of Art and Gastronomy

Gastronomy is one of the only cultural disciplines which does not possess its own school of critical thought; instead, it depends upon the sharp pen of self-proclaimed food experts to critically evaluate restaurants and cuisine – very often to the detriment of the establishments who host them.

One reason for this absence is the exclusion of gastronomy from art in classical European thought. This talk unpacks the contentious relationship between art and gastronomy, the work that is being done to have the chemical senses (taste, olfaction & chemesthesis) included in contemporary art, and, in turn, the impact that art can have on gastronomy. Among the benefits are new collaborations, ground-breaking theoretical work in both disciplines, and new directions in the practice of art and gastronomy.

Owner and Executive Chef, Atelier Amaro - Poland’s first Michelin-rated restaurant. Wojciech Modest Amaro has worked tirelessly to develop his skills over many years, guided in his pursuits by famous Chefs de Cuisine, such as Ferran Adria (El Bulli), Yanick Alleno (Le Meurice) and Rene Redzepi (Noma). This outstanding effort has resulted in Poland’s first Michelin-rated restaurant, with Atelier Amaro receiving a star in the Michelin guide, Main Cities of Europe 2013. In 2008, the International Academy of Gastronomy awarded Wojciech Modest Amaro’s brilliant talent with the prestigious Chef de l’Avenir award. Amaro authored of the best-selling book, "Polish Cuisine of the 21st Century", which was awarded the Grand Prix de la Literature Gastronomique in Paris. This book changed the image of contemporary Polish cuisine and has shown what is possible when creative cuisine is based on classical and traditional dishes. Throughout his work, Amaro delves deeper into nature to rediscover the secrets of Polish cuisine.

Artist, designer and educator - Principal of Modus Design, co-founder and Art Director of Ćmielów Design Studio. Marek Cecula is working in the field of ceramics, developing a wide range of creative activities. He built his reputation in New York, where he established his ceramic studio and a gallery of contemporary porcelain. He was the head of ceramic design department at Parsons School of Design in NY and currently is holding the post of visiting professor at Royal College of Art in London. In his curatorial work, he organized exhibitions of international ceramic design for Gardiner Museum in Toronto and Museum of Arts and Design in NY. His ceramic works is in the collections of major art institutions, including the Victoria and Albert Museum and Museum of Fine Art in Huston. In his design work, the interest in culinary wares began with the Art Food Projects that connect design students from various schools in different countries with manufactures of porcelain. Today, as the art director of Cmielow Design Studio, he is engaged in developing culinary porcelain products, adding new dimension to existing tableware and gastronomy. Marek offers an alternative viewpoint on domestic objects, focusing on the landscape of the table and reinventing the conventional form between the food and the table. Marek Cecuła lives and works in Poland and New York.

Curator in Gastronomy, Food Policy Researcher & Chef. Ryan Bromley is scholar of contemporary gastronomy and a specialist researcher of the chemical senses (taste, olfaction & chemesthesis) in art. Building new conversations between science, art and gastronomy, Bromley collaborates with the world’s most respected institutions to introduce pioneering theory and to curate artwork which engages the nonvisual senses of taste and smell.

Bromley works as a ‘translator’ between disciplines, cultures and industries to weave together technical and complex issues into accessible narratives; these narratives provide stepping stones for innovation in industry practice for both contemporary art and gastronomy. Bromley is a PhD candidate at Oxford Brookes University - spanning the globe with his research*. He holds MSc-Food Policy and BA-International Relations degrees, interning with the UN’s World Food Program in the Pandemic Response Unit. With over fifteen years of international food industry experience, including Executive Chef for the UK Ambassador to Poland and chef with London’s respected luxury caterers, Zafferano, Bromley possesses a rare breadth of expertise in the food industry. Bromley is a citizen of both Poland and Canada and currently lives with his family in the Embassy of the Republic of Poland in New Delhi, India. 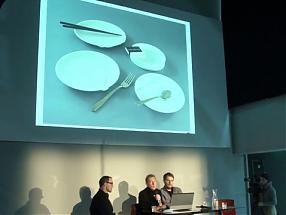 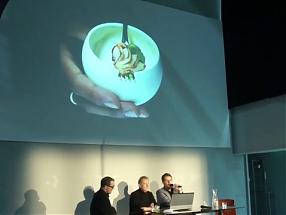 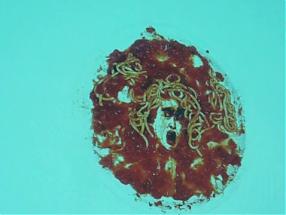