Anna Baumgart’s film project was created for the exhibition at the Art Centre in Falstad, Norway – location of a German concentration camp during the Second World War. Mostly Russians, Serbs and Poles were detained there. Baumgart’s film merges the style of a documentary, para-theatrical staging and a record of Hellinger’s Constellations. The main film is accompanied by Appendix, a sort of “making of” and an extension of the thread related to prostitution at the camp. The video Fresh Cherries pertains primarily to the phenomenon of stigmatisation and hierarchisation of the victims of the Second World War, which shapes the image of the war in the eyes of the younger generation. The tabooisation of prostitution at concentration camps as forced labour is based primarily on the common conviction concerning the “voluntary” character of the choice of women recruited to Sonderbau (the camp public house, also known as “puff”). In the post-war discourse, discrimination of women forced to become prostitutes was common and consisted in depriving them of the victim status. The suffering of those women did not come to an end the moment the camp was liberated – in many cases they were completely “eradicated” from common consciousness. From a broader perspective, Baumgart’s work also pertains to the phenomenon of trauma and ways of dealing with it. 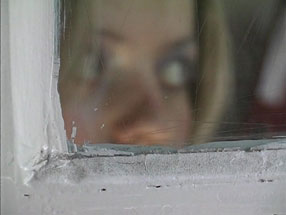 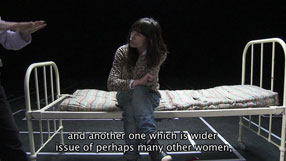 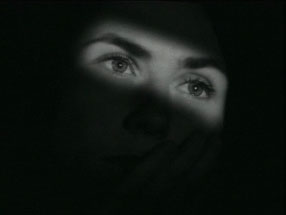