WARSAW UNDER CONSTRUCTION 4
City for Sale

Organized by the Museum of Modern Art for the fourth time, the festival WARSAW UNDER CONSTRUCTION beared the subtitle "City for Sale" and was dedicated to advertising in the public space in Warsaw.

The festival exhibition, presented in the new seat of the Museum, namely in the former Furniture Store Emilia at 51 Emilii Plater Street, recapitulated the history of advertising in the streets of Warsaw from the 19th century until today. It exposed the contemporary excess of ads in the cityscape and reveals how the technological revolution is going to affect advertising in the near future.

The architecture of the exhibition, designed by the young Warsaw studio WWAA (creators of Polish Pavilion for Shanghai EXPO 2010), enabled a trip around history of advertising seen from the perspective of the changes in the streets, trade and consumption. Over 400 objects, multimedia screenings and 3D animations told a story of a unique relation between art (graphics, design and architecture) and the market and its ideology. This relation gives rise to advertising – the indispensable component of a big city.

The exhibition and the accompanying event presented the positive sides of the alliance between art and advertisement as well as its destructive side – the devastation of cityscape through uncontrollable large-format billboards and wallscape advertising. It looked at the inter-war period (1918-1939) and its small advertising studios run by distinguished avant-garde creators as well as Outdoor Gallery AMS, which at the turn of the 20th and 21th centuries brought modern art closer to the city dwellers. The exhibition also showcased artistic activity against the consumerism popularized by the ubiquitous ads, and some space is reserved for popular resistance against intrusive advertisement. Among festival events were “adbusting” workshops – individual intervention into outdoor advertisement as well as meetings with creators of artistic advertisements, including the Japanese-born, New York-based illustrator Yuko Shimizu (October 14).

Presented in the exhibition, shocking photographic collages, authored by the association „MiastoMojeAwNim” (“MyCityAndInIt”), illustrate the most iconic buildings in the world as the Greek Parthenon or the Sidney Opera, covered by Polish-style outdoor advertisement – this shocking therapy lets us realize the level of degradation of Polish urban space by rampant ads. However, WARSAW UNDER CONSTRUCTION 4 also tried to come up with a solution to this situation. There will be held meetings and debates with representatives of the advertising industry, including Outdoor Advertising Chamber of Commerce (IGRZ), activists and local government officers and politicians.

Film screenings and sessions with experts were an opportunity of gaining more knowledge about the economics and politics of advertising. Well known documentary films will be screened, including “This Space Available” (USA, 2011), which proposes ways to order urban space in different parts of the world (meet and greet with director Gwenaëlle Gobé on October 25).

The technologies of the future and the so-called expanded reality might totally transform cityscapes, transporting advertising to virtual reality, where it will be fully customized. The visitors of WARSAW UNDER CONSTRUCTION 4 had a chance to use the specially prepared applications. However, the new technological opportunities are bound to trigger new controversies – these have also been given some space in the exhibition.

The visitors of WARSAW UNDER CONSTRUCTION 4 could get acquainted with the traditional technology of the neon light. The Museum of Modern Art in Warsaw presented a range of neon lights coming from the archive collection of the Warsaw advertising studio “Reklama”, which for dozens of years was a monopolist in neon light production for Warsaw. The creators of the neon lights talked about the design and production. The visitors had a chance to admire unique, long-forgotten historical neon lights and were able to explore the link between political propaganda and the language of consumerism, creating – paradoxically – a cluster of ads and slogans that advertise nothing and communicate nothing. The duo KwieKulik (Zofia Kulik and Przemysław Kwiek) talked about the role of artists in advertising during the times of communism. They gave the meeting a telling title: Hackwork.

Following the success of the previous editions, WARSAW UNDER CONSTRUCTION 4 offered participatory events concerning local issues and problems, e.g. a competition for the so-called urban furniture for Filtrowa Street, or workshops Design your own space especially for the residents of the infamous Wilanów Town. Also children and teenagers had a chance to participate in a wide range of events connected with the leitmotif of the festival.

A separate festival project – "The Call of Fashion" (curator: Marcin Różyc) – was an exhibition shown in clothing store windows around the city. The windows were dressed by the invited artists, who try to convince us that advertisements may have a positive impact on urban space. 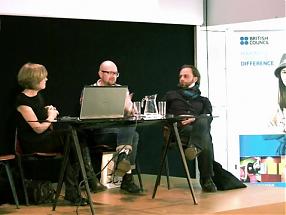 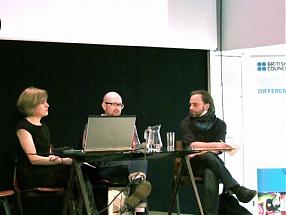 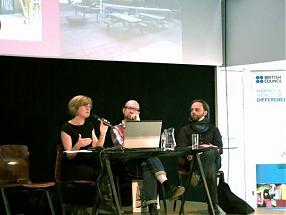 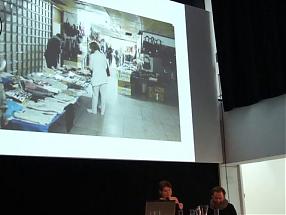 WWB TV. Spatial chaos and the city of the 21st century. 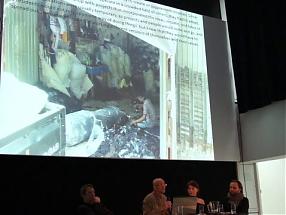 Spatial chaos and the city of the 21st century 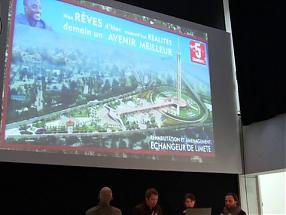 WUC TV. Spatial chaos and the city of the 21st century. 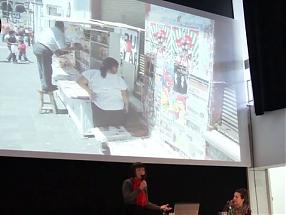 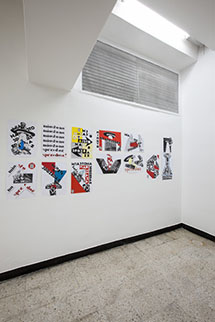 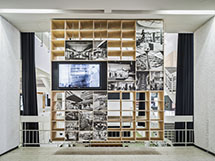